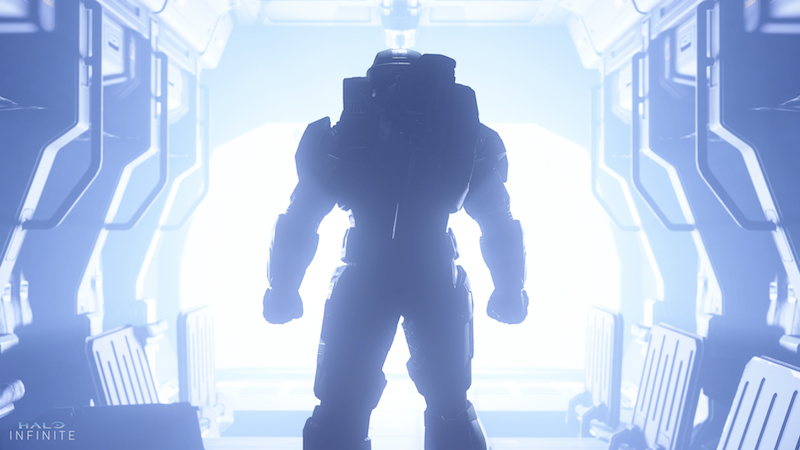 BrutalGamer’s editor-in-chief talks about his picks of the E3 2021, along with a few sorely missed MIA titles, as a part of our wrap-up series.

Now back to the action

It was good to have a more functional E3 back around, after the non-event that took place in 2020. I think that’s something that almost every video game fan can appreciate.

I say almost, since it seems like the gaming press at large has been drooling over the idea of E3 being killed off for years. I’m still not sure why anyone would want that, since the show is usually a fun, over the top party dedicated to gaming. What the heck is wrong with that? And in any event, it looks like it’s back and not much worse for wear. While E3 2021 was still digital, it was packed with huge announcements.

Narrowing those down to a 10 pack of pick wasn’t easy, but that’s just what I had to do here for my show wrap. So I hope you get some enjoyment out of all the incredibly hard work that went into this. Thank you.

My games of the show

I’m not much of a racing game fan. I do like the occasional racer, though mostly arcade stuff, and most recently having been pulled into NfS: Hot Pursuit. Nevertheless, Forza Horizon 5 is jaw-droopingly gorgeous, and it’s extremely tough to not get pumped for it.

Just look at it:

Forza Horizon 5 hits the Xbox Series X|S and PC on November 9th. It will be included in Xbox Game Pass.

I am a massive Halo fan, even through the so-so titles that’ve made up the series’ second trilogy. To say that I’m really excited for Halo Infinite would probably be an understatement. The game looks phenomenal, and boasts a mysterious story that looks like it sets the UNSC on its heels once again.

Microsoft shoed a cinematic with part of the storyline at E3, though that wasn’t where the real action was. Nope, that came in the form of a completely in-engine video showcase that starred Halo’s other star – the multiplayer. Now, I’m not a multi fan by any means whatsoever, and my love for fast online versus ended years ago. But even so, I’ll be damned if I don’t want to dig into this right the hell now.

Halo Infinite lands on the Xbox Series X|S and PC some time this fall/holiday. It will also be included in Game Pass.

On the schedule, off the schedule, it’s been a weird road for Mundfish’s Atomic Heart. Actually, it’s been more “off the schedule” than on, as fans really haven’t seen much of the game for some time. Well, that drought ended with E3 2021, as the game was shown in all its hacking, sneaking, and blasting glory.

Atomic Heart is scheduled to hit for the PS4, PS5, Xbox One, Xbox Series X|S, and PC some time this fall. Oh, and it’s also going to be on Game Pass.

Oh my did Nintendo pull a fast one here. While most gamers were expecting some kind of update on Metroid Prime 4 (which was MIA), the Big N instead showed off Metroid… Dread. Yep, that very same game that was originally announced years ago, and then seemingly canned. Well, not the same, since that game wasn’t for the Switch, but you get teh drift.

Dread is side-scrolling, classic Metroid, and closes out the original pentalogy that began in the NES’ Metroid. So yeah, long time coming. Good thing it looks great.

Metroid Dread shocking actually has a release date, and is hitting the Switch this October the 8th. Wait, that can’t be right… can it?

For many, Square Enix didn’t quite stick the landing with Avengers. From day one, the game just didn’t look right, and never caught on with fans to the level that I think it probably should have. That does not look to be the case with the followup Guardians of the Galaxy.

Striking a mix between comic and movie looks, GotG casts gamers as Star-Lord, on a brand new adventure. Of course, he’s not alone, as the Guardians are there at his side, and it sounds like they’re commandable too. I can’t wait to check this one out.

Guardians of the Galaxy debuts on consoles and the PC this October the 26th.

It was summer of 2000, and while most people were outdoors enjoying the pre-2K panic, I was inside and ensconced in Diablo II’s world of gothic horror. The classically-styled aRPG was a blast all the way through, and I’ve been dying to dive back into it from the second that Blizzard had announced the remake. More anticipated than the inevitable Diablo 4? For me, you better believe it.

Diablo II Resurrected rises from its grave on PS4, PS5, Xbox One, Xbox Series X|S, and PC this September the 23rd.

Here’s a quick list of ten more games that I loved seeing and can’t wait to play. They just fell short of the top 10 above.

Game & Watch: The Legend of Zelda

The Legend of Zelda: Breath of the Wild 2

And finally, here’s a quick list of titles that didn’t show, but I think should have. Most of these are pretty self-explanatory, with the exception of one. Namely, Masters of the Universe.

Where the heck is MOTU?! Masters is right in the middle of a massive comeback, with multiple toy lines, 2 new cartoon shows, and a movie coming, and yet no games? No games at all? Come on Mattel, that’s the opposite of having the power.

It’s bad enough that MOTU fans suffered through having no Masters of the Universe games to play on our NES’ back in the ’80s, but now we’re getting the shaft again? Unacceptable. Get it together.

Other than that though, here are the games I missed seeing at E3 2021:

Jason's been knee deep in videogames since he was but a lad. Cutting his teeth on the pixely glory that was the Atari 2600, he's been hack'n'slashing and shoot'em'uping ever since. Mainly an FPS and action guy, Jason enjoys the occasional well crafted title from every genre.
@jason_tas
Previous Back 4 Blood Will Not Feature An Offline Mode
Next Trailer: Cris Tales unveils opening cinema ahead of July launch