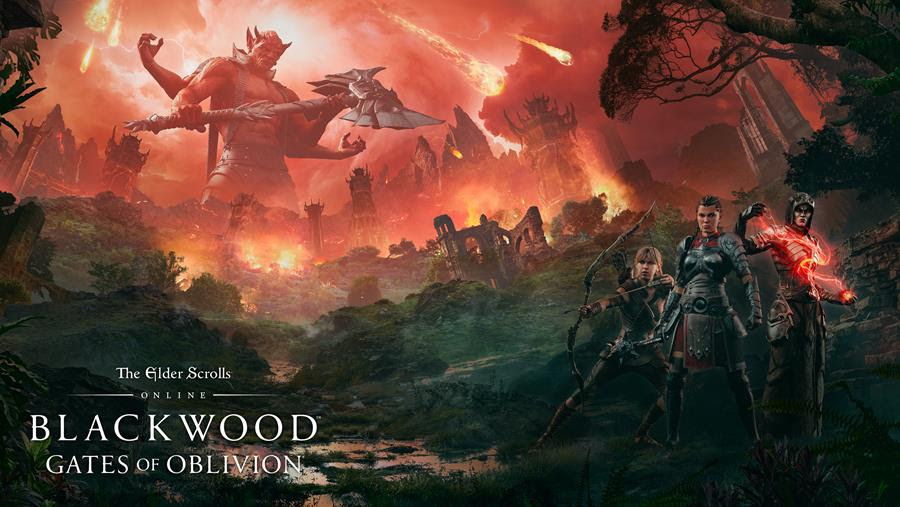 The Elder Scrolls Online is getting a next-gen bump in the form of the Console Enhanced edition. Expect the adventure to continue this June.

The ever-expanding world of The Elder Scrolls Online is growing again. If you’re a fan, then you know already that the wasteland of Oblivion is coming, in the new Blackwood: Gates of Oblivion expansion. That’s sure to get some lapsed players back in the fold, as popular as Oblivion was as a core entry in the series.

But there’s actually even more to get excited over when it comes to the fantasy universe of Tamriel. That’s because The Elder Scrolls Online: Console Enhanced is also coming up.

A new revision the game, made just for the now current generation of consoles, the Console Enhanced edition of TESO brings a host of improvements.

As for the actual new content expansion, Blackwood is actually set to release just before TESO’s Console Enhanced revision. As you’ll see too, it’s looking great with plenty of callbacks to the Oblivion of old.

More than just that though, the game will include a new Companion System. That’s exactly what it sounds like, and will provide AI companions for your character, so you’re always in a party setting, even if you’re playing alone. The System unlocks by playing the Blackwood campaign, and sounds surprisingly deep.

Each companion has their own personality, likes and dislikes, and unique questlines. Oh, and be careful with your actions as the deeds you perform will influence rapport with your companion.

Here’s a new look at Blackwood in action:

Jason's been knee deep in videogames since he was but a lad. Cutting his teeth on the pixely glory that was the Atari 2600, he's been hack'n'slashing and shoot'em'uping ever since. Mainly an FPS and action guy, Jason enjoys the occasional well crafted title from every genre.
@jason_tas
Previous BGA’s Miscellaneous Awards 2020
Next Mezco revisits blue and yellow suited Wolverine for new deluxe