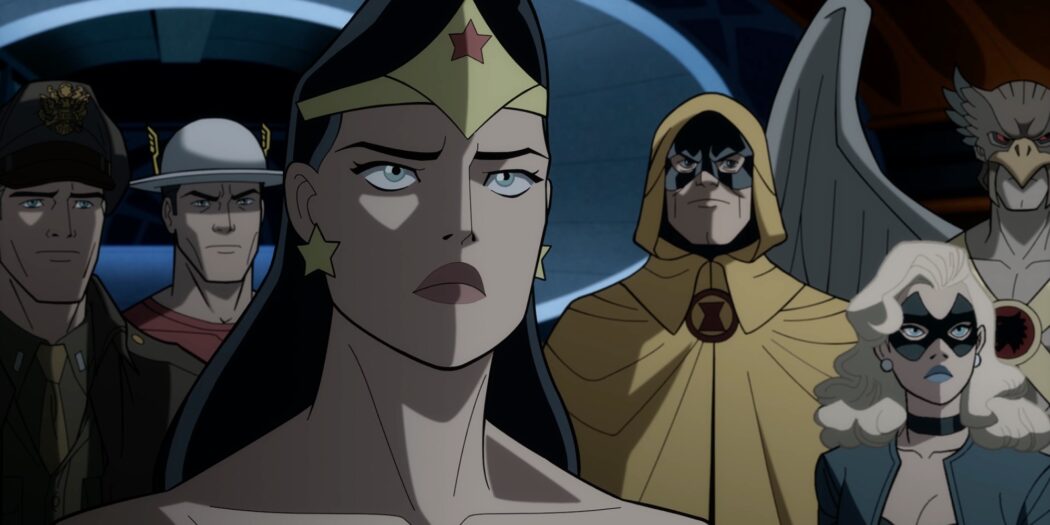 Yes, it’s [email protected] again for 2021’s version of the con. But even so, there’s going to be some cool stuff to see. Case in point, Justice Society.

If you haven’t been paying attention to the next installment of Warner Bros excellent DC Comics animated film slate hits on May the 11th, and is all about the Justice Society. Long time DC fans will know that superhero team well, but just in case you don’t, they’re essentially the early 20th century version of the League.

The Society was all but worked out of DC continuity with the New52 era, but that’s changing. Infinite Frontier is bringing them back to the fore, as the comic book event wipes clean all of the effects of previous DC continuity-reshuffles with the “Crisis” tag.

But again, it’s not just comics that are celebrating the Society again. Here’s a look at the animated film in action:

Produced by Warner Bros. Animation, DC and WBHE, the all-new animated adventure finds modern-day Barry Allen – prior to the formation of the Justice League – discovering he can run even faster than he imagined, and that milestone results in his first encounter with the Speed Force. The Flash is promptly launched into the midst of a raging battle – primarily between Nazis and a team of Golden Age DC Super Heroes known as the Justice Society of America. Led by Wonder Woman, the group includes Hourman, Black Canary, Hawkman, Steve Trevor and the Golden Age Flash, Jay Garrick. The Flash quickly volunteers to assist his fellow heroes in tipping the scales of war in their favor, while the team tries to figure out how to send him home. But it won’t be easy as complications and emotions run deep in this time-skipping World War II thriller.

As mentioned, all of this is coming to home video, but first there’ll be a panel for fans to check out. While the film isn’t out till May, the panel will be broadcast via [email protected] on March 27th.

Running a full 50 minutes, the panel will include “assorted clips and images from the all-new, feature-length animated movie.” That’s not all though, as you’ll also get to hear from the actors and filmmakers.

Those will include some names you likely know.

The fun starts on the 27th, via [email protected]’s YouTube channel. Tune in at 11am pacific time to check it out.

Jason's been knee deep in videogames since he was but a lad. Cutting his teeth on the pixely glory that was the Atari 2600, he's been hack'n'slashing and shoot'em'uping ever since. Mainly an FPS and action guy, Jason enjoys the occasional well crafted title from every genre.
@jason_tas
Previous Trailer: Fall Guys season 4 wobbles into the future
Next Samurai Showdown Special Edition slices onto Xbox Series X|S