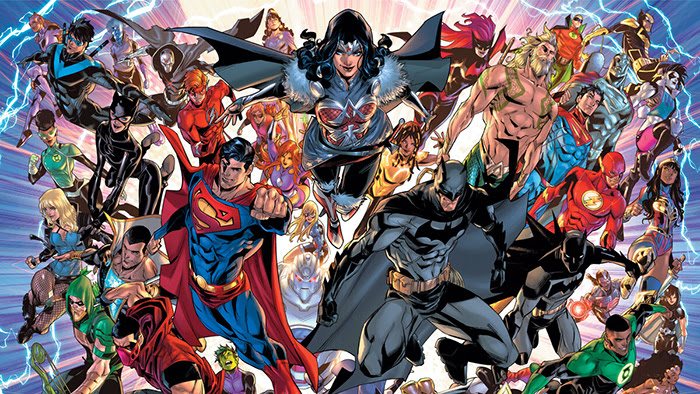 Spinning out of the events of Death Metal, Infinite Frontier is set to deliver a massive dose of DC history. Heroes will return and the multiverse expands.

I have to admit, I haven’t been paying a ton of attention to comics in general as of late. And as such, Infinite Frontier sounds like a lot to digest. According to DC Comics, the event series is going to be a big one. IF will pick up from the happenings in Dark Knights Death Metal for one thing. And it is set to brings back into continuity what sounds like… everything.

All of the Crisis’ from past DC eras are apparently reset so that they never happened. So the events that led to some of DC Comics’ biggest changes over the years, presumably including New52, have just faded away.

That means entire universes are back in play. And as something that’s sure to make longtime fans happy, so is the Justice Society.

The age of heroes

In this summer event, Alan Scott, the Green Lantern from the Justice Society of America, has noticed some of his allies are still missing in action, and he’s determined to find them. There are others, though, that would rather remain hidden than explain themselves, like Roy Harper, a.k.a. Arsenal, a man who should be dead now is not. Plus, what does all this mean for the DCU’s place in the Multiverse? On opposite sides of a dimensional divide, both Barry Allen and President Superman ponder this question. Not to mention the Darkseid of it all! Or a team of Multiversal heroes called Justice Incarnate!

But let’s not get ahead of ourselves. This brand-new event from DC has one foot in the past, but both eyes looking forward to a future that they hope will remain as bright as it seems!

The series is set to be delivered in 6 parts, though a #0 issue should be available right now. As for when the real action starts, that’ll be on June 22nd. That’s when Infinite Frontier #1, from Joshua Williamson and Xermanico debuts, complete with a cover from Mitch Gerads.

Jason's been knee deep in videogames since he was but a lad. Cutting his teeth on the pixely glory that was the Atari 2600, he's been hack'n'slashing and shoot'em'uping ever since. Mainly an FPS and action guy, Jason enjoys the occasional well crafted title from every genre.
@jason_tas
Previous Marvel’s Heroes Reborn universe takes shape with new variant covers
Next The TMNT are back in classic side-scrolling form in Shredder’s Revenge 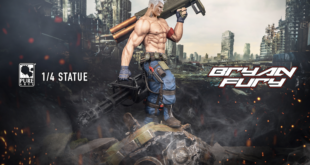