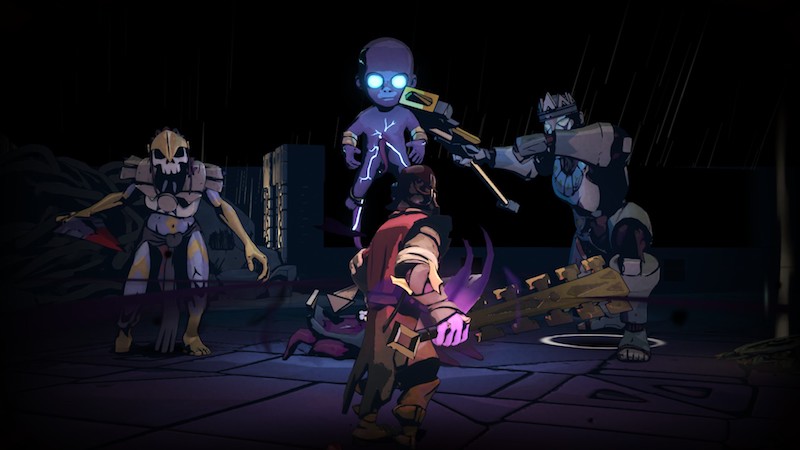 From Passtech Games and Focus Home Interactive, Curse of the Dead Gods is a particularly nice looking roguelike. It hits retail next month.

If you haven’t played Curse of the Dead Gods in its current Early Access form, then you should really familiarize yourself with it. While it is a roguelike, and those can be a little bit of an acquired taste, it’s also great looking.

A “demanding dark fantasy action roguelike”, Curse looks to have a great cartoonish look to it. Well, that and some absolutely punishing-looking action. Have a peek at the trailer below.

Curse of the Dead Gods succeeded throughout development on Steam Early Access, maintaining about 90% positive reviews thanks to frequent new gameplay additions and improvements based on community feedback. Alongside the vast array of content already available, Curse of the Dead Gods will launch with a brand-new update featuring the true ending of the journey, as well as a unique way to explore the Temple dedicated to the God of Death itself.

“The full release of Curse of the Dead Gods wouldn’t have been possible without all of the incredible work from the entire team and our excellent community of early access players,” said Sylvain Passot, Studio Director at Passtech Games. “The amazing community that has grown around the game has really pushed it to the right direction. We can’t wait to welcome all the players to the Temple, and we’re looking further ahead to 2021 for exciting new content!”

As you can see from the press release text above, Curse of the Dead Gods is just about to arrive at its full retail edition. The game is coming to both Steam and Epic on the PC, but also making its console debut. Expect that for the PS4 and Xbox One, as well as the Nintendo Switch.

Ready to go adventuring? Curse of the Dead Gods is set to arrive on February 23rd.

Jason's been knee deep in videogames since he was but a lad. Cutting his teeth on the pixely glory that was the Atari 2600, he's been hack'n'slashing and shoot'em'uping ever since. Mainly an FPS and action guy, Jason enjoys the occasional well crafted title from every genre.
@jason_tas
Previous First look at Switch’s Super Mario 3D World delivers one gigantic Bowser
Next Samurai Showdown coming to Xbox Series X|S in March