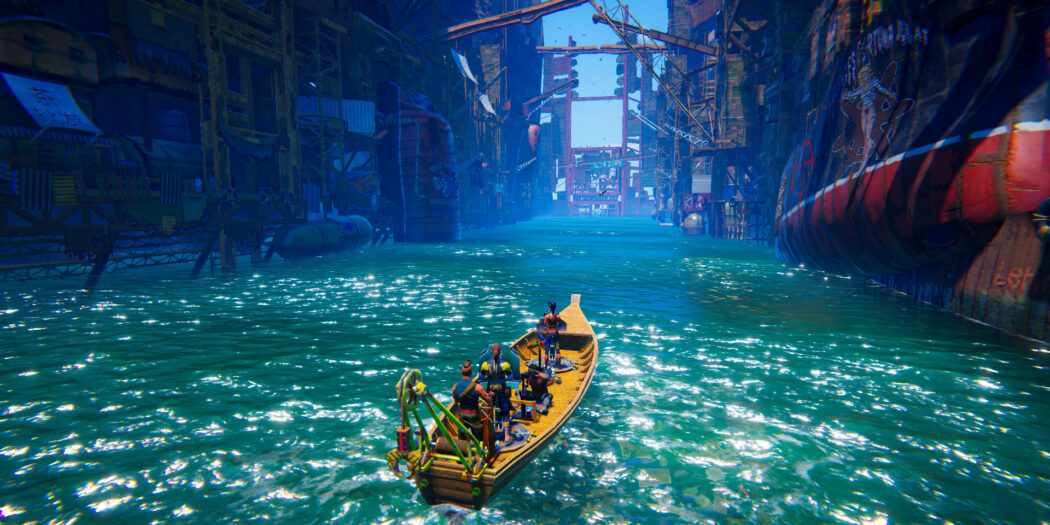 A genre all their own, open-world survival games are heading into a new direction thanks to the post-apocalyptic new title Age of Water.

Remember Waterworld? If you don’t, it wasn’t the best-received film of all time, but its premise remains a good one. Set in the future, Waterworld cast its characters into an Earth that had become almost completely submerged in its oceans.

The people of the film’s world had to struggle for survival amongst makeshift floating colonies, but that’s not all. They were often faced with boat-bound raiders looking to take what little they had as well. And all of that is pretty much the premise of the new game from The Three Whales Studio, a part of Gaijin Entertainment’s Gaijin inCubator.

Age of Water tells the story of a distant future when the Earth has been transformed into an ocean world. Residents live in cities built upon whatever urban structures remain above the water’s surface including skyscraper rooftops and giant statues. Take control of a motorboat and travel between settlements, fighting pirates, excavating the remnants of a lost civilization from the depths of the ocean and transport valuable goods whilst discovering  whether the mythical land still exists.

Both solo and co-op play will be supported in Age of Water. It sounds like gameplay will mainly revolve around exploration and resource gathering. But trading between settlements, and of course upgrading your ship and battling those pirates will also factor in.

No release date yet for Age of Water, though there’s a beta coming up soon (on gaijin.Net), and you can expect to see it eventually arrive for the PC.

Jason's been knee deep in videogames since he was but a lad. Cutting his teeth on the pixely glory that was the Atari 2600, he's been hack'n'slashing and shoot'em'uping ever since. Mainly an FPS and action guy, Jason enjoys the occasional well crafted title from every genre.
@jason_tas
Previous Loot Wear has the power in January lineup with Masters of the Universe and more
Next Dystopian Wars takes oceanic war-gaming to the tabletop next month