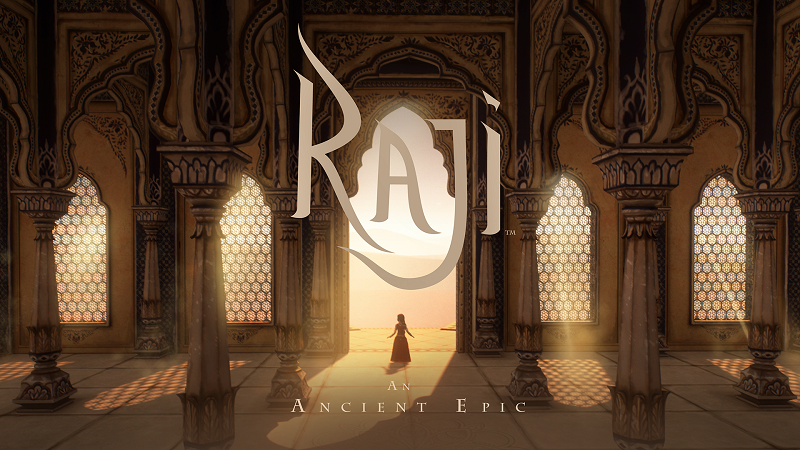 Mythologies and religions have long made great fodder for stories, movies and video games. Raji: An Ancient Epic takes place in the lore of Hindu and Balinese mythology, bringing an oft-overlooked religious setting to the forefront.

I think it is important to point out that before I played Raji, my understanding of Hinduism, and its core lore was tenuous at best. Yeah, I knew the names of some of the major deities, but when it comes to understanding the whole picture, I was pretty blind.

Because I am so blind, I feel it is important to note that I don’t know if this is a story from Hinduism, or it is a creation for the game. Either way, the premise is compelling. A pair of siblings is torn apart when the lord of demons, Mahabalasura musters an army to attack the festival where they are performing as circus performers. Raji’s little brother, Golu, is abducted. The game then follows Raji as she journeys to save Golu. During the journey, Raji is watched by major Hindu deities, finds new weapons and grows into a warrior capable of defeating the demon lord.

The concept of journeying to save a loved one isn’t exactly a novel concept, but I still really enjoyed the premise. It is interesting to hear Raji’s thoughts as she gets closer to rescuing Golu, and hearing her despair for him is harrowing at different points. I also realize that, as I am not sure whether the premise is based in mythology or is unique to the game, I am not disappointed by the familiar storytelling. Cursory research couldn’t answer this question for me.

Gifts from the Gods:

Much of the gameplay throughout Raji is dictated by which weapons you have access to. Each weapon is a gift from the gods and allows for various combat styles. When the game begins, Raji only has access to the Trishul, a trident-like weapon gifted by the goddess Durga. You will collect four weapons throughout the course of the game, and each offers a different playstyle.

In addition to the weapons, you will receive elemental blessings from the gods. Durga blesses Raji with lightning, Vishnu blesses her with fire and Shiva, the destroyer, blesses her with ice. Each of these have different uses and excell at different types of combat. Speaking of combat, I am very pleased to say , while not deep and deliberate as some action RPGs, is worthwhile and complex enough to keep me engaged throughout the entire campaign.

See, Raji is a performer. This explains her ability to climb walls and balance, but also grants some combat prowess. During fights, if there are walls or poles, Raji can climb or swing around. These create helpful situations where she is tougher to hit and allows her to hit back with ease. It is easy to forget about these portions of the combat system, but players who remember and take advantage will be well rewarded.

I really like that throughout Raji, new combat abilities and weapons are unlocked at a fairly regular pace. As soon as you begin getting comfortable with one, a new one is unlocked. This goes for powers as well as weapons themselves. There were no instances, even during the impressive boss fights, that I felt I was without the necessary tools to win. The game is deep enough to weather the run time, but not so deep it is really possible to get lost.

While much of the focus in Raji is on combat against demons, there is also a fair amount of platforming. This portion of the game is exceedingly simple, but it is still a joy to jump through varied locations. I will say there is one portion near the end of the game that took a few tries to get down. In this moment, I didn’t feel as though the platforming had naturally evolved to a more difficult state. It felt more like trial and error regarding what would work to advance me to the next area.

The sound design is one of my favorite parts of Raji. Obviously, I am no expert on what can or should be considered authentic Hindu and ancient Indian culture, but I can say that as someone who is ignorant to the Hindu and Balinese mythologies, the sound design was a delight and invoked feelings I might expect to associate with those cultures.

One piece that began as something I didn’t love, but grew to adore by the time credits rolled was the way Durga and Vishnu spoke to each other about Raji. At various points Vishnu also narrates famous stories from mythology. I really appreciated these moments because they further engrossed me in the story, as well as introduced me to more of the deities and stories from the lore.

Visually, the game is not at as high a peak as the audio design, but the game still looks great. The different environments go a long way to showing the team’s talent in portraying different scenes.
On more than one occasion, I was blown away by the visuals.

I will say that the game struggles to perform on the Switch on some instances. These are not experience-breaking, but I did notice dips in the frame rate several times. Another draw back is that the game looks tiny when played handheld. The camera zooms all the way out, it seems, and Raji gets pretty small. Subtitles also become harder to read in this case.

Raji: An Ancient Epic does a lot to elevate a much overlooked culture in games. I truly enjoyed my time with it, even if it is a bit smaller and shorter in scope than I would have hoped. The game is a great time for anyone looking to explore more ancient myth and lore through games, but the action and performance problems draw back on what otherwise is an amazing experience.

A review code was provided for the purposes of this review.

Raji is a great game that brings an overlooked, in gaming anyway, culture to the forefront. The combat and platforming are great, if a little shallow overall. Slight technical mishaps keep the game from truly shining, but it is still one that should not be missed.

Erich was introduced to gaming by his grandfather before he could walk. Since then, he has grown up loving Nintendo and most games in general. He couples his love of videogames with journalism to cover news, provide reviews and tell it how it is in the gaming world.
Previous Iron Harvest (PC) Review
Next Trailer: Take a walk through the action with the latest look at Necromunda