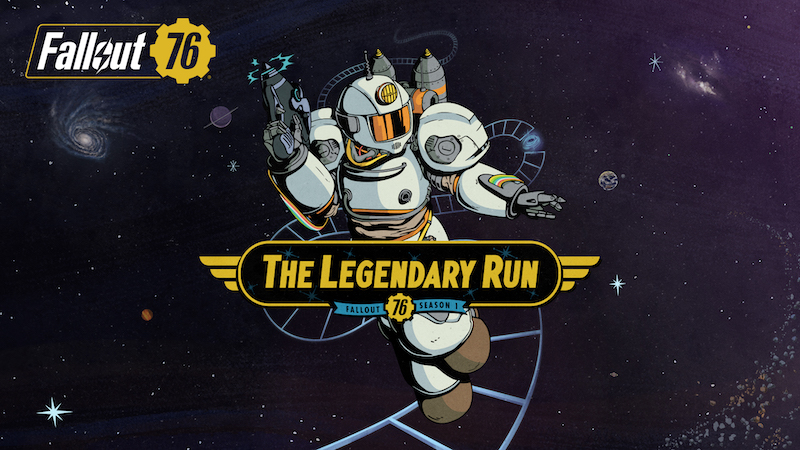 Wastelanders looking to deg back in to Fallout 76 should be happy this week, as Update 20 is here with the game’s inaugural season.

Season 1 is here for Bethesda’s constantly evolving Fallout 76. No, there wasn’t already a ‘season 1’. Depending on what you might think of the game though, you might be very happy to see this new addition.

Season 1 has brought quite a bit of new content with it. It wasn’t too long ago that the game finally mad the big time move of adding in NPC’s. After that, 76 finally started looking more like a Fallout game. Now though, it’s got a brand new progression system as well, and more.

If you weren’t into 76 originally, this just might push you over the edge. Scroll down for the official rundown on what’s new this week.

The Legendary Run is Fallout 76’s first Season and marks the start of a new account-wide progression system that overhauls the current Challenges and offer players tons of rewards along the way. Players will see a new option on the Main Menu for The Legendary Run where they can view their progress and preview all available rewards.

Public Teams is a new system designed make grouping up with others easier and more beneficial than ever, offering special bonuses to players who choose to play together toward a shared team goal.

Jason's been knee deep in videogames since he was but a lad. Cutting his teeth on the pixely glory that was the Atari 2600, he's been hack'n'slashing and shoot'em'uping ever since. Mainly an FPS and action guy, Jason enjoys the occasional well crafted title from every genre.
@jason_tas
Previous Marvel Comics gets Alien and Predator
Next The Toys of Masters of the Universe book on the way