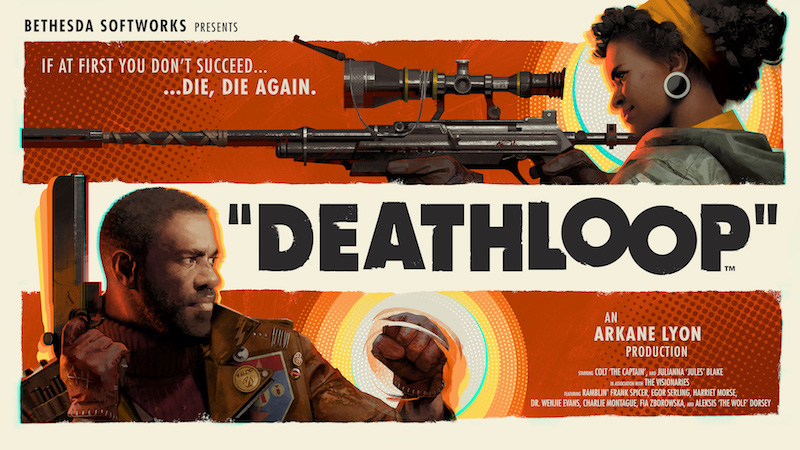 Yesterday’s PS5 reveal held more than just a look at the console itself. It also revealed a bevy of games, including Bethesda’s Deathloop and Ghostwire.

If the names sound familiar, it’s because we first saw both of these games last year at E3 2019. The titles were revealed, but then quickly hidden away and not really discussed at all. As it turns out though, publisher Bethesda has just been biding time to reveal what looks to be a pair of promising titles.

When you first glance at the trailer for Deathloop, you’re likely to think that it looks a lot like a more in-your-face, even more sci-fi version of Dishonored. You’d be forgiven for that since it starts off with stealth tactics and some grappling around. And of course it’s also from developer Arkane.

Keep watching though, because Deathloop shakes things up fast and doesn’t look back. It has a heavy 60s, The Prisoner feel to it, and it’s just a little bit creepy too.

DEATHLOOP is an innovative first-person
shooter launching exclusively for PlayStation 5 and PC from Arkane Lyon, the award-winning studio behind the critically acclaimed Dishonored franchise.

As Colt, players are trapped in a time loop on the enigmatic island of Blackreef, doomed to repeat the same day for eternity. The only chance for escape is to break the loop by assassinating eight key targets before the day resets. However, lurking in the shadows is rival assassin Julianna, equipped with her own equally powerful abilities and weapons, on a mission to protect the loop by assassinating Colt, and restarting the cycle. DEATHLOOP is launching Holiday 2020.

Following up on the mod action of Deathloop is Ghostwire: Tokyo. From the mind of Resident Evil creator Shinji Mikami, Ghostwire set players up against an army of otherworldly foes.

But it’s not guns that you’ll be using against these villains, but some kind of mystical power. The result is a look that’s pretty unique, and a horror/action title that could be one to watch.

From Shinji Mikami and Tango Gameworks comes Ghostwire: Tokyo, a next-gen action-adventure game coming exclusively to PlayStation 5 and PC in 2021. Investigate the streets of a Tokyo beset by spirits and supernatural threats with an arsenal of powerful tech and elemental abilities at your command. Tango has taken full advantage of the power of the PS5’s next-gen hardware to create an immersive and mysterious world to explore.

Jason's been knee deep in videogames since he was but a lad. Cutting his teeth on the pixely glory that was the Atari 2600, he's been hack'n'slashing and shoot'em'uping ever since. Mainly an FPS and action guy, Jason enjoys the occasional well crafted title from every genre.
@jason_tas
Previous Superman 1978 joins the One:12 Collective
Next PS5 Reveal – The Good, The Bad and The Wifi Router