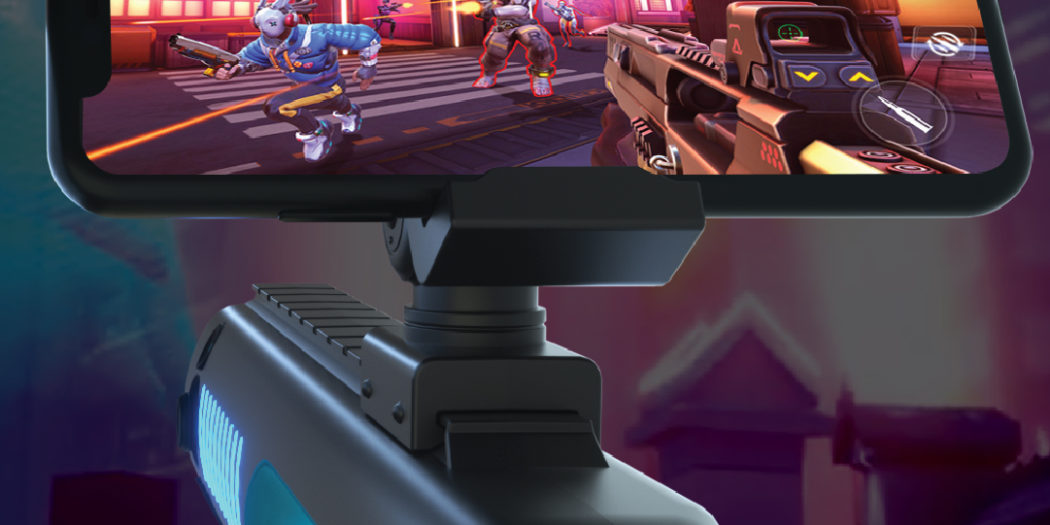 Not your average run of the mill motion controller, the Arkade Blaster is a self-contained unit that adds a little more fun to games like Resident Evil 3.

Taking aim at the undead

The Blaster is usable in mobile or PC games. But despite the look of it, it is more motion controller than light gun. The Blaster includes a gyroscope for aiming, and houses a full suite of control options.

Today we have a look at it in action yet again, this time in a different kind of action title – Resident Evil 3.

Aside from Doom and Resident Evil, the Arkade Blaster seems to be pretty widely compatible. According to Arkade (the company behind it), you can make use of it in titles like “Call of Duty, Apex Legends, Halo, Rainbow Six, Counter Strike, PUBG, Fortnite and many more.”

The peripheral is still on IGG, and currently sits at 223% its funding goal. That translates into it being very much on track to becoming real. There are however, only 9 days left in the campaign as of this writing. So if you want one, you might want to think about backing it.

That’s something that you can do here.

Jason's been knee deep in videogames since he was but a lad. Cutting his teeth on the pixely glory that was the Atari 2600, he's been hack'n'slashing and shoot'em'uping ever since. Mainly an FPS and action guy, Jason enjoys the occasional well crafted title from every genre.
@jason_tas
Previous Wastelanders update arrives for Fallout 76
Next Sonic comic series welcomes in artist Evan Stanley as new writer