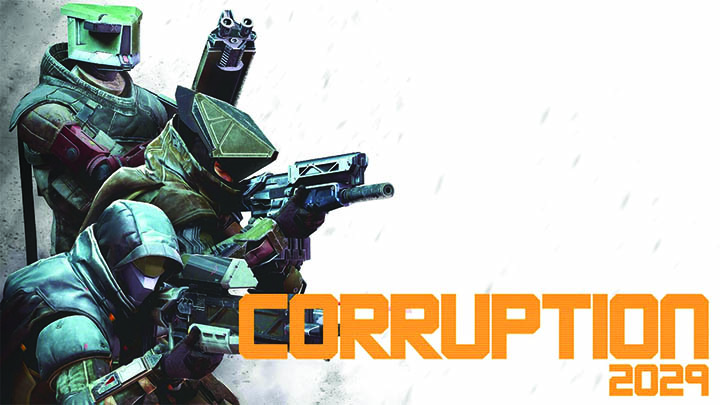 TEST YOUR PATIENCE AS WELL AS YOUR SKILL WITH CORRUPTION 2029

CORRUPTION 2029, the latest tactical stealth game to come out, doesn’t pull any punches. Even the developers know they didn’t go easy on the gaming public. Let’s see just what they had in mind.

In 2029, militant agents are nestled back in the safety of their bases, while the actual battles are manned by drones. You take control of an agent in the field, and wreak mayhem as you see fit. Sounds easy, right? Guess again. The majority of the field are trained soldiers just like you. Most of which, are stronger than you. That does not make for an easy battle.

You, an unnamed commander, take control of a squadron of three surviving agents in the field. A voice over your comms tells you there’s trouble ahead, and you need to sort it out. Whether it is to eliminate hostiles, disable beacons, or escort survivors, you are the last line of defense.

Your team of rag-tag survivors consist of Briggs, Tranter, and Wolf. We don’t know much about them, aside from their gear. Tranter starts out with a silenced rifle, while Briggs and Wolf have the standard issue assault rifles. As you complete your missions, you can acquire a sniper rifle, shotgun, and even remote-detonated grenades.

Who doesn’t love watching an opponent fall to his end from 150 yards away? We’ve seen configurable explosives, radios that can be tampered with, and even laptops that can be hacked. There are several flavors of how things can go down in this post-apocalyptic world.

The default camera angle in Corruption 2029 is nothing new. An iso-view watching your team from above, with some field of vision of what is ahead of you. Depending on the weapon and situation you find yourself with, you may arrive at a first-person view. You never know what sort of situation you will find yourself in.

I have to say, one of my favorite things in this turn-based game is part of the display. When you are in combat, and you are aiming at your enemy, the display will show you more than the typical shooter. You are greeted with a percentage of your chances to hit your target, as well as the amount of damage you can expect them to endure.

I had to laugh the other day, I jumped onto social media before firing up the game. I saw that the developers asked the general public “did we make Corruption too difficult?” That is a very fair question. I consider myself a moderately good gamer, though I admit I don’t get as much time as I would like some days, to hone my skills. That being said, Corruption 2029 is unforgiving, and aware of it. There is typically ONE medkit for the entire mission. If you make more than one mistake, you will regret it. Not to mention, that is on ‘normal’ difficulty, just imagine some of you gamers out there that insist on playing on the hardest difficulty available!

Corruption 2029 isn't for the weak. Limited resources and outnumbering foes. Who's up for the challenge?!

A fan of media on multiple platforms, I am always watching or playing something! Who knows what I will be on to next?
@mackeyp42
Previous Hulk battles Xemnu on the cover of issue 33, Hulk’s 750th
Next Nintendo Download: Conduct a Symphony of Brutality in the Weird West