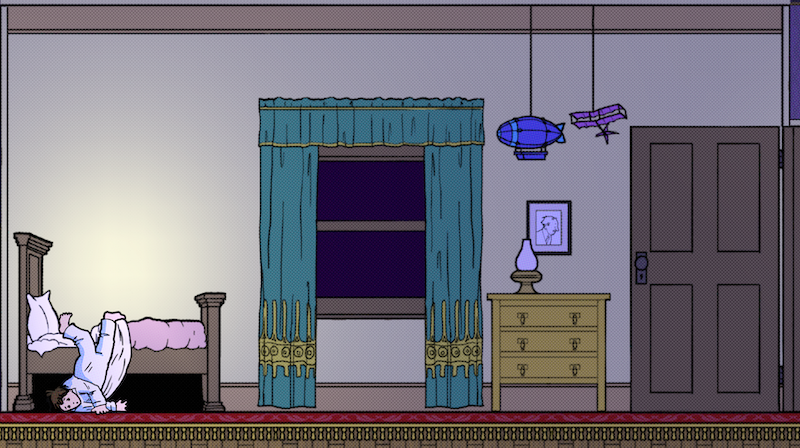 Little Nemo returns to gaming in 2021

Little Nemo might not be the biggest name in pop culture, but he’s the star of a classic NES platformer. And now he’s coming back in a brand new title.

To be clear, this new Little Nemo adventure has nothing to do with the NES title from Capcom. Coming out of Pie for Breakfast Studios and PxlPlz, Little Nemo and the Nightmare Fiends is something totally new. And from the look of it, it could be something special.

As you can see, the graphics have a hand-drawn style. That’s to mimic the original comic strip from Windsor McKay that the game is based on. Oh, and if you’re wondering ‘what comic strip’, don’t feel too bad. It was last published years ago, and started in 1905. Yes that’s right, over a hundred years ago.

The game plays directly off of the strip, with 7 year old boy Nemo as one of the playable characters. There are four total of those though, including a new character created just for the game.

Their task? Fend off the Nightmare Fiends, villains invading Slumberland.

Players control Nemo and his 3 friends: the magic-wielding Princess of Slumberland, the mischievous clown Flip, and the agile royal guard Peony; an original character created for this game. Each character has different abilities that help them navigate the dangers in Slumberland. The game offers a system that lets players switch between characters quickly, allowing them to use different characters’ abilities in tandem for powerful combinations!

Little Nemo and the Nightmare Fiends is still quite a ways off, landing some time in 2021.

Jason's been knee deep in videogames since he was but a lad. Cutting his teeth on the pixely glory that was the Atari 2600, he's been hack'n'slashing and shoot'em'uping ever since. Mainly an FPS and action guy, Jason enjoys the occasional well crafted title from every genre.
@jason_tas
Previous Call of Duty: Modern Warfare’s season 2 starts now
Next Mezco One:12 Collective Aquaman (Action Figure) Review