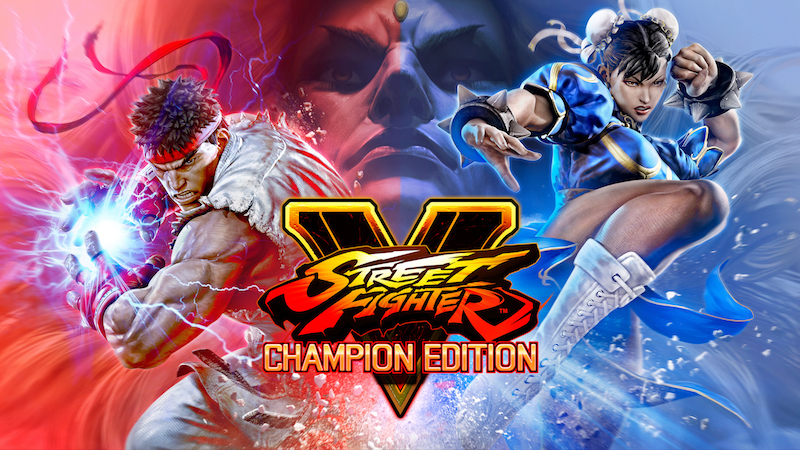 It’s time for Street Fighter V to evolve. This time it’s into the nostalgia-inducing Champion Edition. Oh, and Gill is back in action too.

Are we at the point that the only SF title to get more revisions than SFV is the legendary SFII? I think we might be. Then again, Street Fighter V might’ve surpassed its landmark forebear already. There have been a pile of revisions after all.

The latest to be announced is this one: Street Fighter V: Champion Edition. Since I’m a sucker for nostalgia, it’s immediately attractive to me since it sports that name, which was one of the first subtitles added to the aforementioned SFII.

So what’s this game add in that previous editions didn’t have? Well, you get Gill for one thing. The fire and ice powered combatant returns to the series with the Champion Edition. Not that you have to wait for that to release to actually get him, since Gill can be bought for $5 USD starting next month, adding him to your current version of SFV.

Actually, more on that in a second, since there’s an interesting “upgrade kit” that Capcom has, as well as the standalone boxed edition of SFVCE.

But take a peek at the new trailer first:

Now, about that kit

While Street Fighter V: Champion Edition is on track for a February 14th, 2020 release, there is a second option for this who already have a copy of any version of SFV. Yes, that still includes the original, vanilla version.

Capcom says that the Upgrade Kit is available as of today, and will cost you $24.99 USD. It’s kind of a neat idea too, as it gets you everything that the Champion Edition adds in, including Gill, as it’s released. So you don’t get all the content till the 2/14/20 release date of CE, but you’ll get drips and drabs till then, and save some cash. Not bad.

As for the full version of Street Fighter V: Champion Edition, that’ll run you $29.99 USD when it finally does hit shelves.

Jason's been knee deep in videogames since he was but a lad. Cutting his teeth on the pixely glory that was the Atari 2600, he's been hack'n'slashing and shoot'em'uping ever since. Mainly an FPS and action guy, Jason enjoys the occasional well crafted title from every genre.
@jason_tas
Previous Alternative Rock Band Beware Of Darkness: Interview with Kyle Nicolaides
Next Gears V OST coming to vinyl in 2020