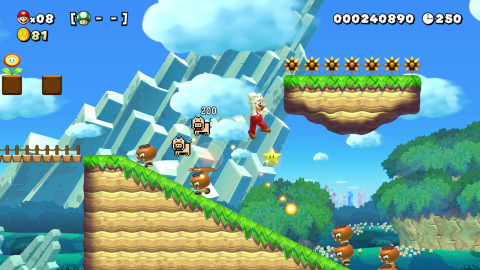 There were no surprises to be had, as we picked our Game of the Month for June. Nintendo’s Super Mario Maker 2 takes home the gold.

Would this be considered the third Mario Maker title? Maybe. There was the original, then the 3DS port, and now finally a fully fledged sequel on the Nintendo Switch.

And unlike the 3DS version, this official ‘part 2’ delivers plenty that the Wii U game didn’t. New design elements, a better online experience, and an actual story mode make Super Mario Maker 2 one for fans not to miss out on.

Overwhelmingly it was our Game of the Month for June 2019.

And the runner up was…

Yes, this month there actually was a runner up. Actually, June was a busy month as went new releases of note. It might not seem like it was, but aside from Mario’s latest, there was Samurai Showdown, Warhammer Chaosbane, and Crash Team Racing.

And that last one, the game that saw the mischievous marsupial take to the karting circuit once again, was our runner up.

Crash Team Racing: Nitro-Fueled is an excellent, but surprisingly tough new addition to the kart racing genre. As long as you’re willing to put in some time with it, or play it on the (way too) easy mode, it’s a fascistic looking and controlling title.

Jason's been knee deep in videogames since he was but a lad. Cutting his teeth on the pixely glory that was the Atari 2600, he's been hack'n'slashing and shoot'em'uping ever since. Mainly an FPS and action guy, Jason enjoys the occasional well crafted title from every genre.
@jason_tas
Previous Numskull Crash Nitro Kart Tees (Gear) Review
Next Pre-order bonuses revealed for Shenmue III