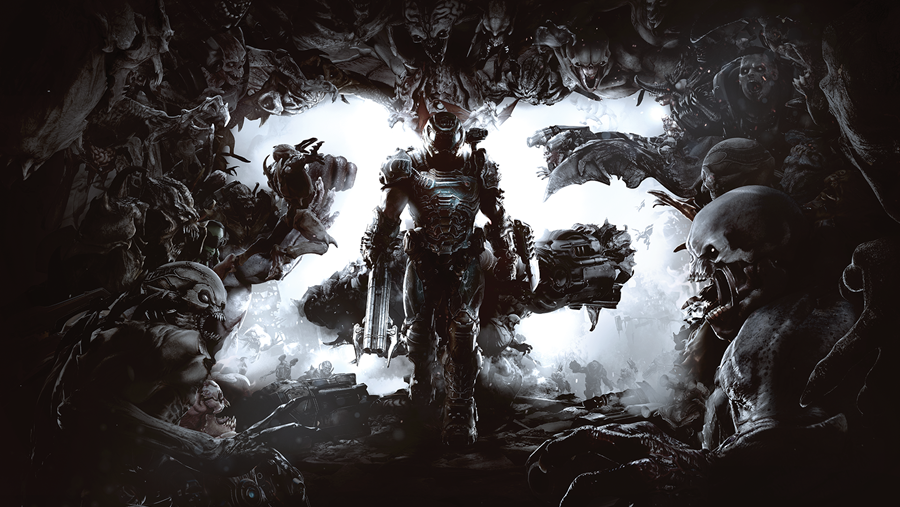 Another classic Doom title might be coming to modern consoles, and it’s one that you don’t see all that often. Doom 64 has been (briefly) rated by PEGI.

Doom has had a whole mess of ports over the years. They’ve ranged from terrible (cough*3DO*cough) to incredible, with a few that’ve managed to outdo the PC original. The PSOne’s version did that, thanks to a bit of graphical overhaul. The N64 edition though, is something else entirely.

Dubbed Doom 64, the Nintendo 64 version of Doom was a complete remaking. Actually, more than that, it was a whole new game with a sorta new story attached. In Doom 64, you play part of a mop-up crew of marines, sent in after the original incident. But when you arrive you discover that the demons have been resurrected and mutated into even more hideous forms.

So everything was new in Doom 64. Though the enemies were the “traditional” ones, they all looked different, and the levels were completely new. There was even a new weapon in the laser. Cool stuff all around.

Discovered by website Gematsu, the game has been rated by PEGI, the European ratings board. Oddly, it’s been labeled with a “16” rating for the PS4 and the PC, without other platforms mentioned.

Whether or not that was just an oversight remains to be seen. It also remains to be seen when Doom 64 will be hitting. Though QuakeCon is over, this year is the 25th anniversary for the franchise. Aside from the slew of ports we just got, it’s most notably marked with the launch of Doom Eternal this November.

It could be that a Doom 64 release might be planned for around the same time as that.

Jason's been knee deep in videogames since he was but a lad. Cutting his teeth on the pixely glory that was the Atari 2600, he's been hack'n'slashing and shoot'em'uping ever since. Mainly an FPS and action guy, Jason enjoys the occasional well crafted title from every genre.
@jason_tas
Previous Super Lucky’s Tale comes to Switch on November 8th
Next Dark Horse announces The Art of Mana