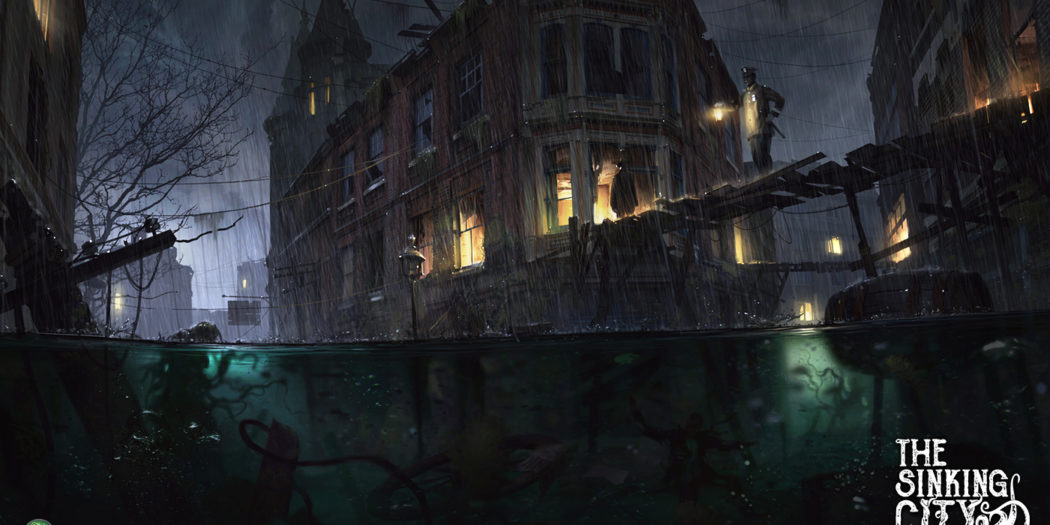 Home / News / The Sinking City is rotten to the core

The Sinking City is rotten to the core

About a month till launch, and Bigben’s Lovecraft-infused detective/action title The Sinking City is looking great. Check out the latest gameplay trailer.

Rotten to the core

Something stinks in the city of Oakmont, the locale for The Sinking City from developer Frogwares. There are threats from all sides for detective Charles Reed, and a creeping horror, something that seems like it shouldn’t exist at all.

But, this being based in Cthulhu mythos, you knew insanity couldn’t be that far away…

Charles Reed is a private detective gripped by more and more disturbing hallucinations, and he believes he can find the cause in this devastated town.

Surrounded by monsters and unexplained events, he desperately hopes that it is all nothing but a figment of the imagination.

Was that a teddy bear made of skin? Yeah, something stinks in Oakmont alright, but it’s not anything that makes The Sinking City look like a bad game.

Stuffed with Lovecraftian themes, the game beings the mythos to audiences in new ways. It looks to be action-oriented, but also most definitely features a heavy detective angle. You’ll actually have to guide Reed in solving cases. So it’s one part Cthulhu, and one part Sherlock, with a healthy dose of insanity thrown in for good measure.

You’ll recall that The Sinking City was delayed a bit, originally set to hit retail this month. Nevertheless, it’s still almost here, with a June 27th release date on both consoles and the PC.

Jason's been knee deep in videogames since he was but a lad. Cutting his teeth on the pixely glory that was the Atari 2600, he's been hack'n'slashing and shoot'em'uping ever since. Mainly an FPS and action guy, Jason enjoys the occasional well crafted title from every genre.
@jason_tas
Previous Villainous variants take over Marvel’s line this summer
Next First Rune II trailer arrives