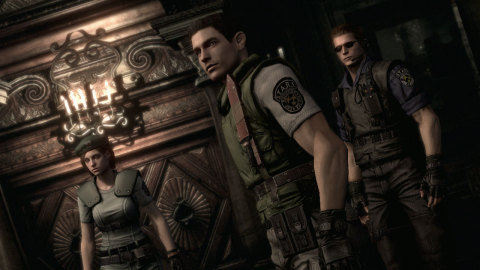 A big week for the Switch brings classic Resident Evils, Team Sonic Racing, and lots more. All that plus the virtual NES gets a trio of new titles.

The Switch is having a great week. So are Nintendo fans for that matter, because there is a ton of new stuff to play.

The original Resident Evil, RE 0, and RE 4 are all hitting the little console. All of those are worth a look if you haven’t played before. And I know RE 4 is the one that gets all the attention now, but there’s nothing like the original as far as I’m concerned. It’s a fantastic game that is oddly overlooked these days.

Also this week, Team Sonic Racing arrives, bringing Sega’s take on the kart genre back to consoles. That one looks like it could be a ton of fun. But even that’s not it, as Assassin’s Creed III Remastered, Guilty Gear XX, Ninja Gaiden Arcade, The Last Door, and three new NES titles are all here too.

Jason's been knee deep in videogames since he was but a lad. Cutting his teeth on the pixely glory that was the Atari 2600, he's been hack'n'slashing and shoot'em'uping ever since. Mainly an FPS and action guy, Jason enjoys the occasional well crafted title from every genre.
@jason_tas
Previous Power Pack returning for one-shot this August
Next Fallen World #1 (Comics) Review