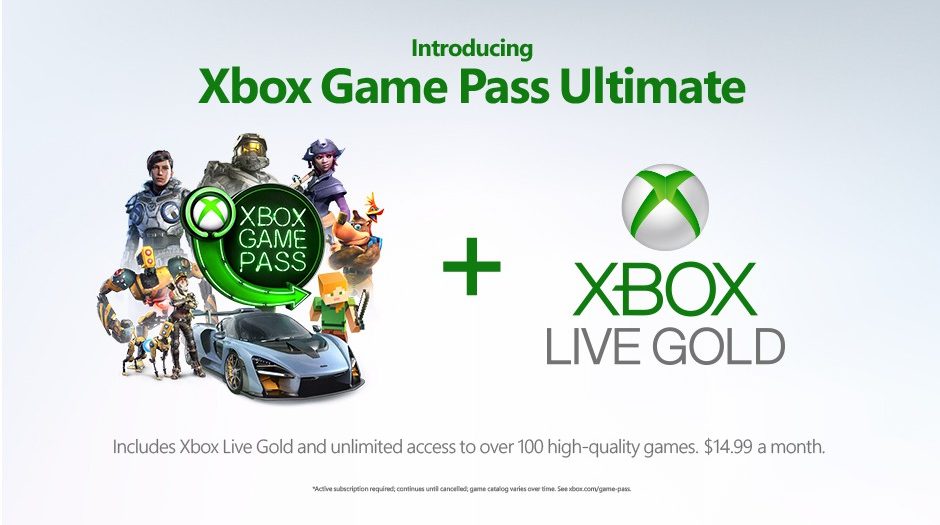 If you’ve wondered why there’s no combination subscription service coming for Game Pass and Xbox Live Gold, you may wonder no longer.

“Ultimate” is what Microsoft is calling this new service, Xbox Game Pass Ultimate to be more accurate. And yes, it includes exactly what you think that it does.

Is this a deal?

As for Game Pass, that service $9.99 per month, and $29.97 for a period of 3 months. There is no yearly option. So the new setup is pretty much a push when it comes to price. It basically shakes out to mean that you’ll have one tidy bill per month, instead of multiple bills yearly, monthly, or whenever. Not bad.

Microsoft says that limited invites will be going out to some Xbox Insiders for the new subscription. Everyone else will get a chance to buy-in some time later this year.

I should also mention that for a limited time Game Pass 3 month subscriptions are only $1. And that’s a deal that’s going on right now. So if you’re thinking you’d like to try Xbox’ all-you-can-play gaming buffet, now might be the time.

Jason's been knee deep in videogames since he was but a lad. Cutting his teeth on the pixely glory that was the Atari 2600, he's been hack'n'slashing and shoot'em'uping ever since. Mainly an FPS and action guy, Jason enjoys the occasional well crafted title from every genre.
@jason_tas
Previous All-digital Xbox One confirmed, coming soon
Next Immortal Hulk ARTFX statue goes up for pre-order