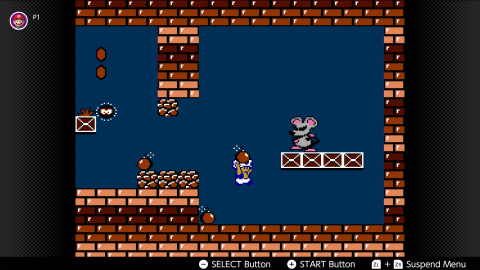 Super Mario 2 and Kirby join the virtual NES on Switch

The Switch’s virtual NES is about to get a pair of new games added, and one’s a true classic. Super Mario Bros 2 and Kirby’s Adventure are on the way.

You can still say quite a bit about the lack of a true virtual console system on the Switch. While that’s true though, you’d also have to admit that Nintendo has been doing a pretty good job with the effective replacement.

Coming along with the subscription online service as a “free” incentive to buy in, the NES has been building its library month by month. At this point, there are a significant amount of games that players can dig into, and that’s a roster that’s about to get even better.

Both Super Mario Bros 2 and Kirby’s Adventure are scheduled to hit the service, on February 13th.

Jason's been knee deep in videogames since he was but a lad. Cutting his teeth on the pixely glory that was the Atari 2600, he's been hack'n'slashing and shoot'em'uping ever since. Mainly an FPS and action guy, Jason enjoys the occasional well crafted title from every genre.
@jason_tas
Previous Is the X-Men “143” movie still in the works?
Next Dark Horse celebrates 25 years of Hellboy