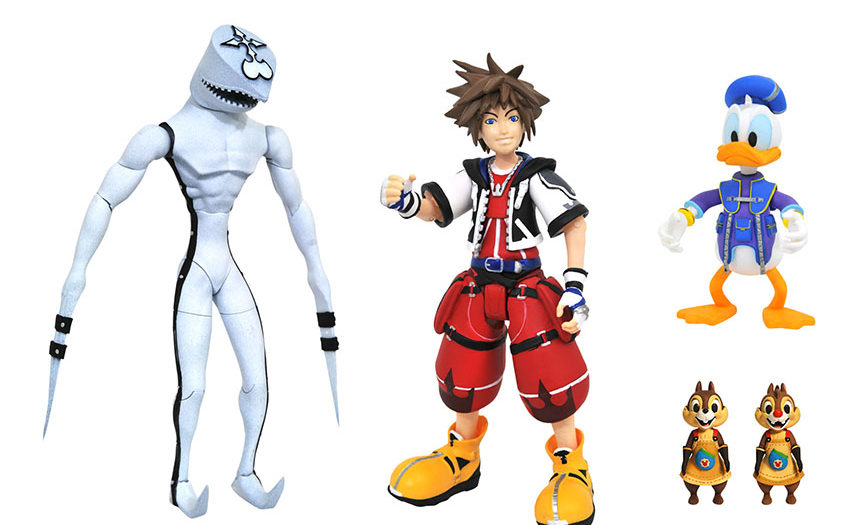 Kingdom Hearts fans continue to have a great 2019, as another fresh dose of KH action figures arrive at Walgreens. As usual, these are exclusive offerings.

There’s no shortage of Kingdom Hearts stuff out there right now. With KH3 landing on consoles, the deluge of collectibles has commenced at full speed. That’s a great place to be if you’re a big fan. The series of games doesn’t usually see all that much in the way of stuff to buy, after all.

Along with series’ of general release Kingdom Hearts figures, vinyls, and more, DST has a new assortment of Walgreens exclusive toys. These figures won’t be found elsewhere, and are single boxed figures, so no two-packs here.

Also revealed this week is a look at the wave 3 exclusive figures in Timeless River Pete and Tron-influenced Goofy and Sora. Check them out below, though there’s no release date yet on that upcoming series.

Whether or not you can find them, that’s another story.

Jason's been knee deep in videogames since he was but a lad. Cutting his teeth on the pixely glory that was the Atari 2600, he's been hack'n'slashing and shoot'em'uping ever since. Mainly an FPS and action guy, Jason enjoys the occasional well crafted title from every genre.
@jason_tas
Previous Sphinx and the Cursed Mummy unwraps on Switch
Next One:12 Collective Iron Man (Action Figure) Review