Call of Cthulhu is an interesting game, one which takes multiple genres of gameplay and mashes in the lore of the Cthulhu mythos. The result is one of my favorite games of the year.

With so much of Lovecraft and his successor’s writings mention how indescribably monstrous the ancient ones are. As a result, we get vague interpretations of Cthulhu and his ilk. This is continued in Call of Cthulhu, and it works well. 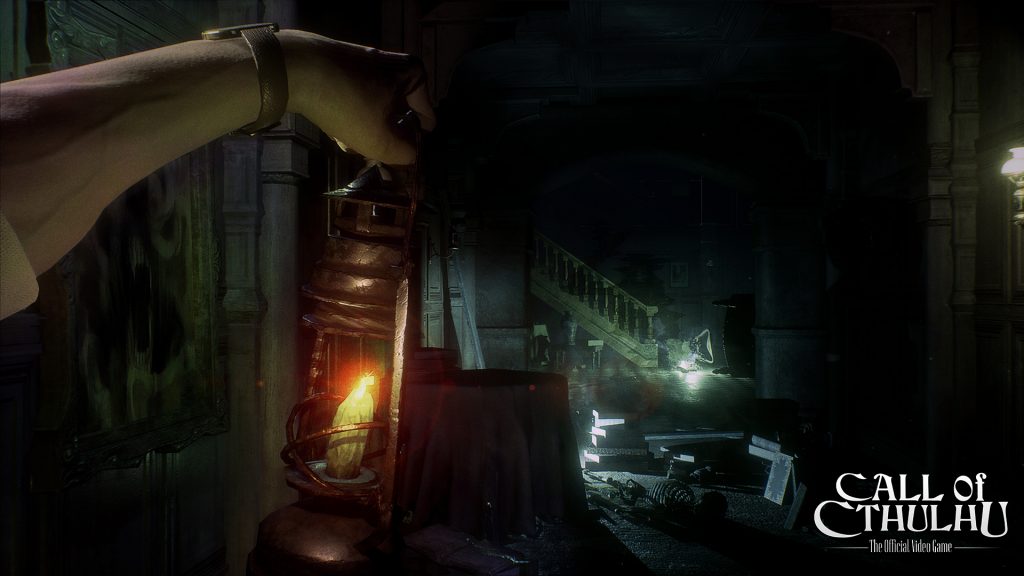 Players take control of Edward Pierce, the grizzled World War One veteran who has turned to a life of being a private detective. An inquiry brings him to the island of Darkwater, where he is to investigate the mysterious death of a painter and her family.

The narrative is one of the main draws of the game. The story feels grounded in reality, but manages to make the Cult feel real. I can’t go into too many details, but I can say, definitely, that the story is well written. There are twists and turns and nods to other Lovecraft works. You can tell that the team behind the game genuinely took the source material to heart in their reimagining of the myth. Nods towards other Lovecraft works, such as “The Beast in the Cave,” manifest through trophies and achievements.

I enjoyed the way Call of Cthulhu is paced as well. It is paced like a thrilling novel or movie. It is not overly long in length and allowing for a satisfying and well paced adventure.

The gameplay in Call of Cthulhu is simple and satisfying. As I mentioned in my release-day preview, the gameplay is a satisfying loop of investigating an area, talking with people to gather information and working to solve an objective. These objectives range from talking to the locals and breaking into a warehouse to breaking out of an asylum. As the game goes on and the narrative ramps up, these objectives become more ethereal and surreal.

The biggest problem I faced on a few occasions is when the objective is not clear. These made the detectiving feel more satisfying and real, as well. Edward Pierce is not a fighting man, so most of the confrontations are dealt with through stealth and running away, until you get a gun in the late game. Even so, gunplay is nonexistent, and players simply prompt the interact button to shoot enemies. It is simplistic, but did not bother me, because the obvious the focus of the game is on narrative investigation.

The game’s RPG elements mainly boils down to using different attributes, such as strength, eloquence and investigation stills to influence conversations. It feels like a boiled down iteration of dialogue from the Fallout series, and that feels great in itself. Other stats, like Medicine and Occultism, allow Pierce to discern more information from the environment. The result is a system that feels satisfying. I do not know how important these stats really are, though.

The game’s only boss fight is ultra-intense and confined to a tiny room, where discovery means death for Pierce. The monster (NOT Cthulhu or Leviathan) is intimidating and frightening, making its defeat that much more satisfying. 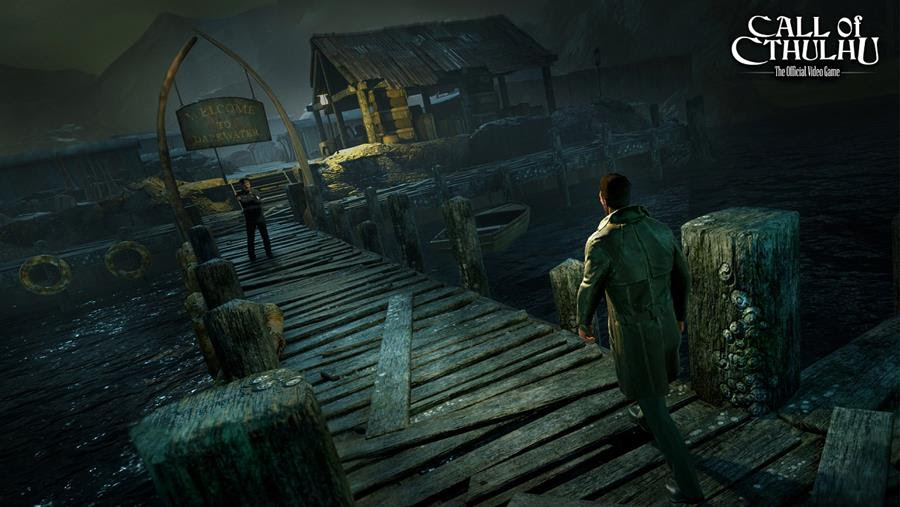 As an indie-game, this lacks the polish and refinery of standard triple-A games. Animations are a tad rigid, voice acting is a little rough and dialogue is a little tough to listen to at times. Overall, I like the graphics, though. They have a great, cartoonish aesthetic. Things are exaggerated and downplayed, and it seems like the art team knew exactly which assets to exaggerate and downplay. Interactable items pop from the environment, making sure you won’t miss anything important.

One place where the game succeeds is the atmosphere. This is an incredible horror game, and I have not been as unsettled as I was playing this in a long, long time.

If you can overlook some rough presentation and RPG elements, Call of Cthulhu does a great job of bringing a tabletop RPG to life as a video game. The game tells an engaging and well paced story, that always left me wanting more, right up until the very end.

Call of Cthulhu is easily recommendable to any fan of Lovecraft, and still is recognizable to folks who enjoy mystery, detectives and investigations.

Erich was introduced to gaming by his grandfather before he could walk. Since then, he has grown up loving Nintendo and most games in general. He couples his love of videogames with journalism to cover news, provide reviews and tell it how it is in the gaming world.
Previous Oddball set of One-Shots hitting stands in 2019 for Marvel Comics’ 80th
Next Dragon Age: Deception #2 (Comics) Review