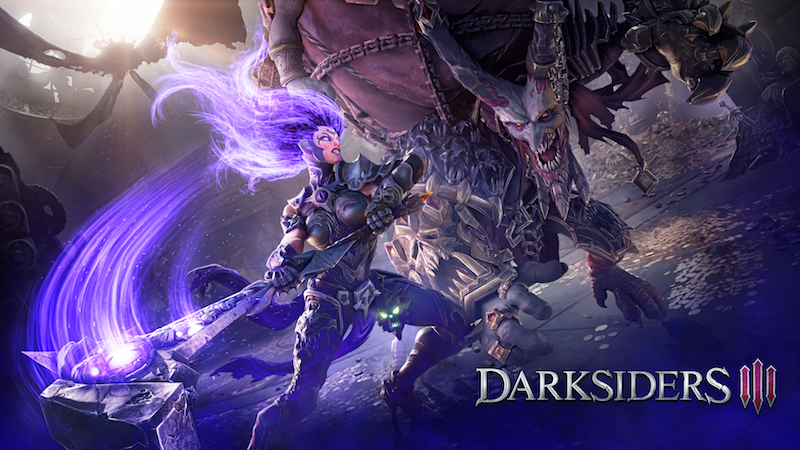 While it hasn’t gotten all that much of a pre-release push, Darksiders III is almost here. So far, a pair of post-launch DLC packs have been announced.

I’m pretty sure it’s safe to say that Darksiders III will have a lengthy main quest. The previous two games did, and I’ve heard that this new installment is bigger than both of those. Right now anyway, it seems as though Gunfire Games’ take on the series is set to offer plenty to do, right out of the box. Though, of course, there’ll be more for those who want it.

A pair of DLC packs have been announced this week that will offer some neat side-activities. Neither one is what I’d call “story-based”, but both sound like they might be good fun.

There’s no release date as of yet for either pack, though we do know that they’ll be hitting sometime soon after the game’s launch. If you’re wondering when that might be, Darksiders III hist consoles and the PC on November 27th.

Jason's been knee deep in videogames since he was but a lad. Cutting his teeth on the pixely glory that was the Atari 2600, he's been hack'n'slashing and shoot'em'uping ever since. Mainly an FPS and action guy, Jason enjoys the occasional well crafted title from every genre.
@jason_tas
Previous The LEGO DC Super Villains launch trailer saves the world. Sorta
Next Nintendo Switch exclusive Gear Club Unlimited 2 reveals roster