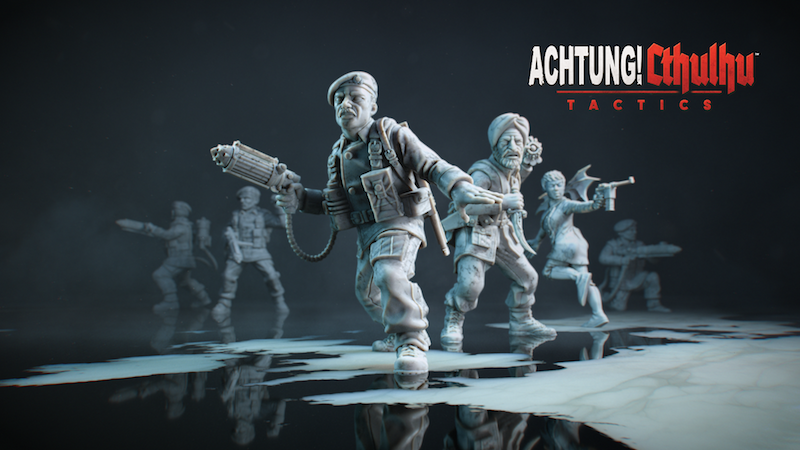 Check out the first gameplay trailer for Achtung! Cthulhu Tactics

Dreadful things from the furthest reaches of the universe mix with WWII in the latest stab at the Cthulhu mythos, Achtung! Cthulhu Tactics.

I don’t know what it is about WWI and WWII that seem to go so well with Cthulhu, but they do. The World Wars were pretty horrific all their own, so maybe it’s the thought of making them even worse that adds that extra level of nightmarishness to things.

The latest game from Ripstone Games and developer Auroch Digital, dubbed Achtung! Cthulhu Tactics, plays off of the latter war. A turn-based strategy game, the title will have you battling not just otherworldly horrors, but human foes as well.

Design Director Tomas Rawlings is your host for the video below, in which he walks you through the very first mission that you’ll face. It’s set in the darkened forests of Europe, and has your squad set against a force of Nazi troops.

In this mission, Mademoiselle Dubois and Corporal Singh must make their way behind enemy lines, then move through the deadly forest, crawling with Nazi enemies, in order to get to their rendez-vous point with other members of Charlie Company – Captain Harris and Sergeant Carter.

Jason's been knee deep in videogames since he was but a lad. Cutting his teeth on the pixely glory that was the Atari 2600, he's been hack'n'slashing and shoot'em'uping ever since. Mainly an FPS and action guy, Jason enjoys the occasional well crafted title from every genre.
@jason_tas
Previous Two new DC Comics 100 page “Giant” issues hit Walmart this week
Next Playing Catchup: Star Wars Battlefront II