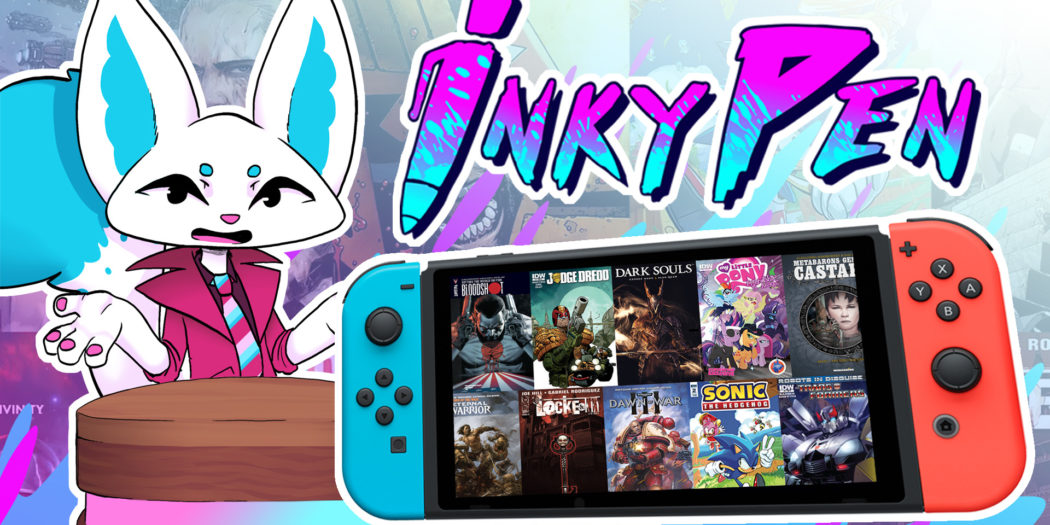 Home / Comics / Digital comics on the way to the Nintendo Switch

Digital comics on the way to the Nintendo Switch

Looking for a way to read digital comics on your Switch? I won’t ask “why”, but you’ve got your wish I guess. The InkyPen app is on the way.

Just why you’d want a comic reading app on your Switch, I don’t know, but there must be a call for it. At least, I hope there is, because InkyPen is coming up for the console. An app that will offer up some 10k plus comics that readers can download to their consoles, InkyPen is already in existence, though this new app is exclusive to Switch.

Comics will be available in either the Switch’s handheld or TV modes, and can use the touchscreen while in portable configuration. Of course, you’ll have access to the guided reading as well. That’s kind of a standard in current comic reading apps.

What’s maybe most interesting about this app though, is the pricing structure. Namely, that it’s all-you-can-read. InkyPen says that they have “no intention of selling content piecemeal” according to MCV. They’re looking to charge one price, monthly, for everything. Acceding to CEO Ronan Huggard, that’s to try and make comics as affordable as possible.

That cost, by the way, shakes out to be $7.99 USD, which is pretty good. The level of content is also very nice, with some larger publishers signed on. While you won’t find DC or Marvel (yet), the likes of IDW, Dynamite, and even Valiant Comics are all included for that month fee.

The service launches this November.

Jason's been knee deep in videogames since he was but a lad. Cutting his teeth on the pixely glory that was the Atari 2600, he's been hack'n'slashing and shoot'em'uping ever since. Mainly an FPS and action guy, Jason enjoys the occasional well crafted title from every genre.
@jason_tas
Previous Rise warrior! A new gameplay trailer for Rune has arrived
Next Nintendo’s got a gaggle of Nindies on the way for Switch