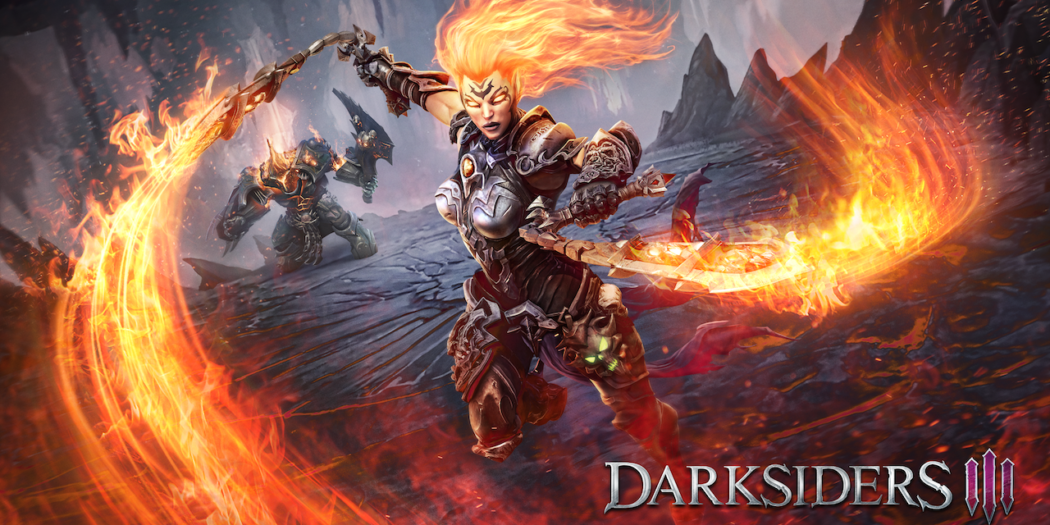 Darksiders III has been a long time coming, but Fury and company are almost here. The game in all its variations will hit consoles and the PC in November.

As a big fan of Darksiders in general, I’ve been waiting not-so patiently for this one. The series has been great through its first two installments, and the third game is looking pretty nice so far as well. Granted, we haven’t seen much of it, and as our Xbox editor Rick pointed out to me, it wasn’t at E3 either. That’s a little disconcerting.

With the game due on November 27th though, I’d imagine we’ll be seeing way more of it pretty soon. While we might not be seeing many screens or trailers, one thing we are seeing right now is a detailed look at the two special editions.

Both are impressive, though one is way more so. Both are expensive too, with that latter edition being pricier than a new gaming console. The two special editions will hit the same day as the base game, though of course, they’ll probably be a little harder to get ahold of.

Here’s a look inside: 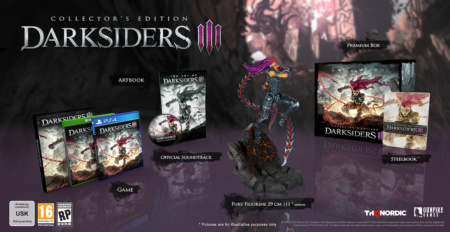 Jason's been knee deep in videogames since he was but a lad. Cutting his teeth on the pixely glory that was the Atari 2600, he's been hack'n'slashing and shoot'em'uping ever since. Mainly an FPS and action guy, Jason enjoys the occasional well crafted title from every genre.
@jason_tas
Previous Warframe coming to the Nintendo Switch
Next SDCC 2018: Star Trek Discovery panel and more coming to the Con