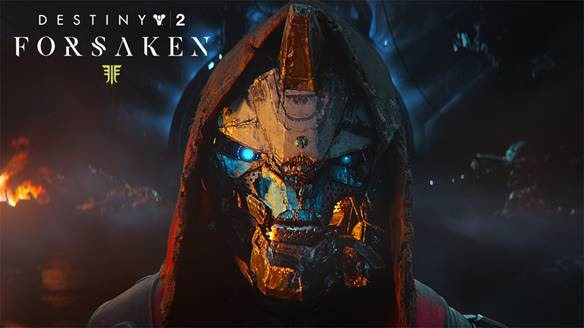 Sony’s press event last night left a pretty big Destiny 2 character possibly for dead. Have a look at the next big event for the game in the latest trailer.

So, what’d you think of that, Destiny faithful? Excited for what’s next in the action/sci-fi series?

Granted, I don’t know a ton about Activision and Bungie’s Destiny at all, but I think that little peek looked pretty freaking cool. Not only is the robotic Cayde-6 looking extremely not great, but the whole feel of the trailer was deadly somber. It was almost chilling, and I don’t even really know what’s going on. If Bungie hangs onto that feel for the whole game, I just might have to buy in.

Of course, this is all super-early. There are no real details to report on Destiny 2 Forsaken just yet. At this point, what you see is what you get. Though this is Activision, so I’d expect a lot more on this upcoming expansion sooner than later. As soon as anything is announced, we’ll have it for you here.

Also, if you’re a PS4 fan, make sure to click over to our full coverage of the Sony PS4 press event that posted this morning.

Jason's been knee deep in videogames since he was but a lad. Cutting his teeth on the pixely glory that was the Atari 2600, he's been hack'n'slashing and shoot'em'uping ever since. Mainly an FPS and action guy, Jason enjoys the occasional well crafted title from every genre.
@jason_tas
Previous Total War: Warhammer 2 The Queen And The Crone DLC (PC) Review
Next Nintendo E3 Wrap Up: A Smashing Good Time