Home / Action Figures and Toys / Mezco’s One:12 Collective gets a pair of zombies with new 2-pack

Mezco’s One:12 Collective gets a pair of zombies with new 2-pack

The undead are on the march… into the One:12 Collective that is. Mezco’s toy line is getting a pair of rotters, straight from Dawn of the Dead.

Mezco showed off these two zombies a while back, but now they’re finally up for pre-order. And they’re not being sold singly, but as a two-pack. That’s a first for the One:12 Collective, which till not has only sold figures as single boxed editions and that Ghostbusters four-pack.

Being that these two guys don’t really have a lot packed into the box though, it’s very understandable. Not to mention, it’s preferable, since you won’t be paying a premium price to add just one of them to your collection. Cool stuff.

These zombies are of course from Dawn of the Dead, the seminal Romero zombie classic of a film. They’re also famous from the zombie museum, which I had no idea even existed.

Both zombies clawed their way into the public consciousness from their appearance in George A. Romero’s groundbreaking horror film, Dawn of the Dead, where a group takes refuge to make humanity’s last stand against a horde of zombies swarming the U.S. Although their actual screen time was fleeting, their influence on pop culture is long-lasting. Life-size figures of the two characters flanked the entrance to the Monroeville Zombies Museum in the Monroeville Mall, the primary shooting location of the film.

Up for pre-order right now, the two-pack is set to ship out in quarter one, 2019. It’ll run you $130 USD. Personally, I’m not a zombie fan, but I’m thinking about getting a set just to have my One:12 Ash posed with… 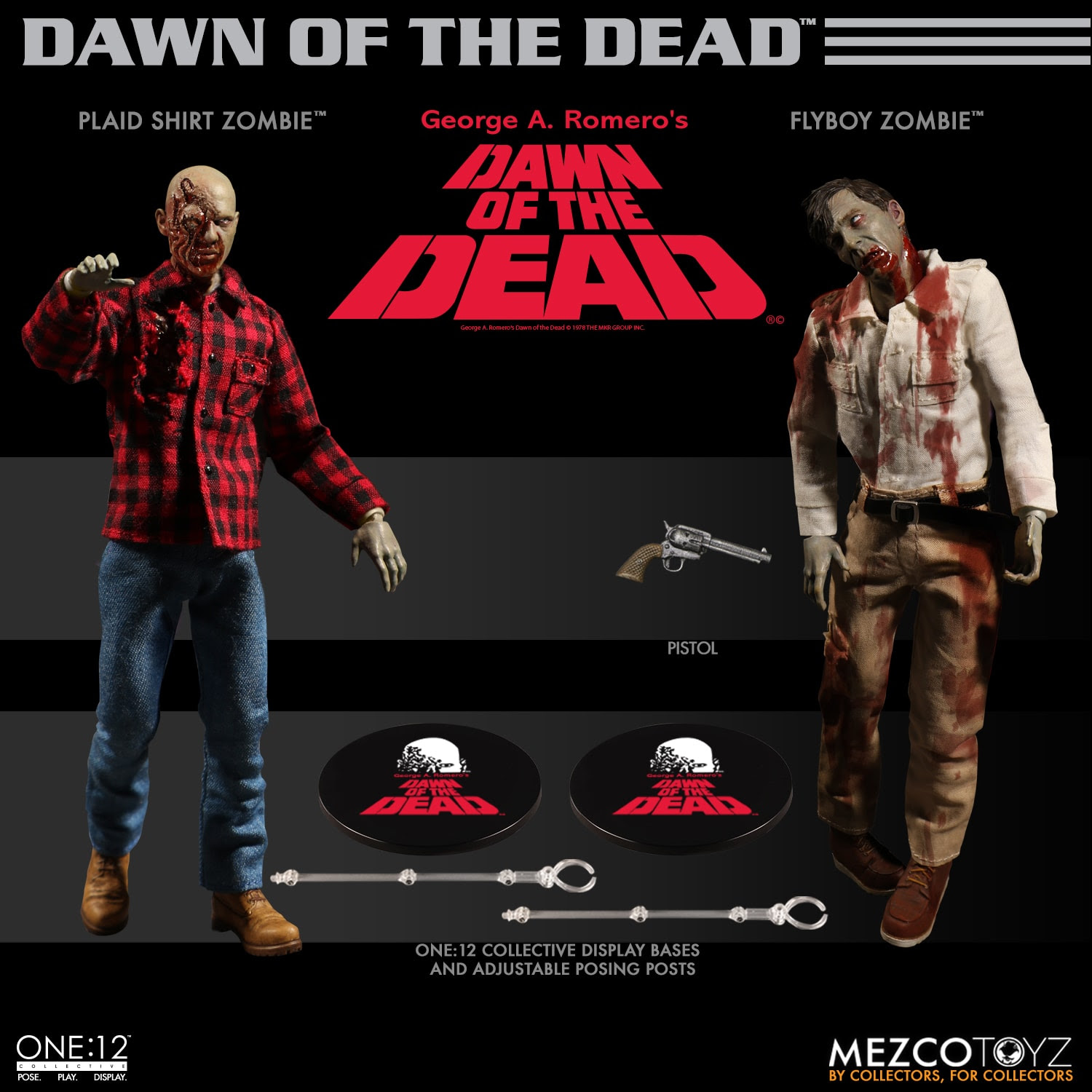 THE ONE:12 COLLECTIVE DAWN OF THE DEAD FIGURES FEATURES:

Each One:12 Collective Dawn of the Dead Boxed Set is packaged in a collector friendly box, designed with collectors in mind.

Jason's been knee deep in videogames since he was but a lad. Cutting his teeth on the pixely glory that was the Atari 2600, he's been hack'n'slashing and shoot'em'uping ever since. Mainly an FPS and action guy, Jason enjoys the occasional well crafted title from every genre.
@jason_tas
Previous E3 2018: Session bringing skateboarding back to Xbox One and PC
Next E3 2018: Metro Exodus takes the fight to the road, and the rail