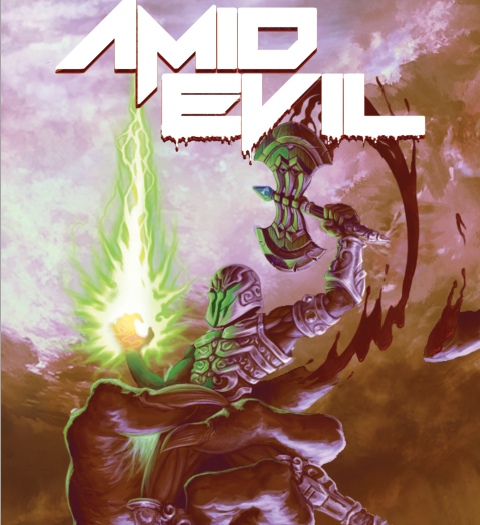 I remember the good old days of gaming when I’d wake up on a Saturday, turn on our old computer and play Heretic the whole day. If you don’t already know, Heretic is one of the many “Doom clones” that pooped out in the 90s with pretty much the same Doom gameplay.

Rightly so on that last note though, because Doom co-creator John Romero (and co) actually helped Raven Software develop Heretic. Flash forward a couple years later and now we have Amid Evil. This game is, simply put, a twisted love letter to the legendary Heretic/Hexen series. And as a fan of the classic FPS, I immediately felt this one calling to me.

I played the game repeatedly just to make sure I can write the best review I could, and now here I am, fresh from hell and ready to tell my tale. 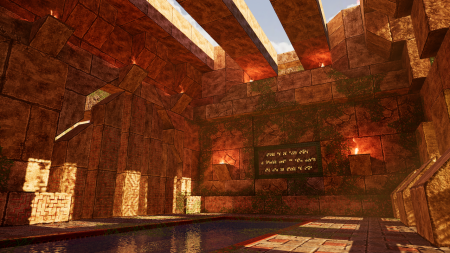 If I were asked to review Amid Evil with one simple word, I would say that it is “good”. Despite fundamentally being an old-school shooter, it can stand toe-to-toe with the more recent releases not just in terms of quality, but also in terms of storytelling and fun factor.

Everything that people would love about Heretic and its pseudo-sequel Hexen is present in Amid Evil. And I mean that right down to familiar weapons such as Corvus’ Elven Wand, the Lightning Trident and more. Also present is the weapon progression system from Doom, as well as the focus on finding keys in order to move through the map. 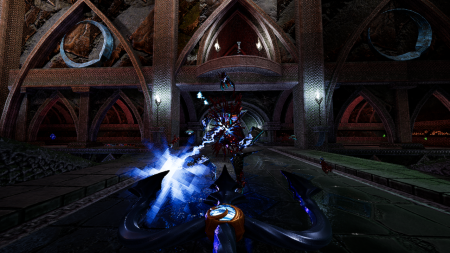 Despite being an “early access” game, Amid Evil is the complete Heretic experience that I have come to crave over the years of repetitive shooters and COD clones. At its core, Amid Evil is not just a shooter, but also an engrossing tale akin to that of older RPGs such as Baldur’s Gate and Hellnight from the original PlayStation.

It’s been a while since the last good game that does not conform to the “easy mode” savvy gamers of this generation. I mean seriously, one of the main reasons why Cuphead was such as good game was because it didn’t give a crap whether or not people found it hard, it just did what it wanted. 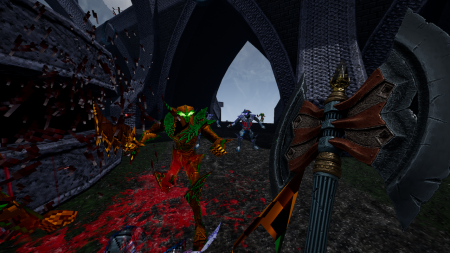 One rule that I learned in marketing is to be simple first, clever after. This means releasing content or a marketing collateral with the intention of getting your message across without relying on an overt gimmick, which some other marketing guy may have already thought of.

The reason why I am pointing this out is that video game developers are now afraid of making an impact. Hideo Kojima’s vision of Metal Gear Solid V was mired in controversy because of his decision to include the infamous “Paz/Chico Tapes” (good) and Quiet’s choice in clothing (bad). The reason I say the Paz and Chico tapes are good is that I feel that they depict the realities of war while making us feel the appropriate emotion towards such a gruesome reality: disgust.

Kojima’s excuse on Quiet’s clothing, on the other hand, is just plain fan-service – not that that’s a bad thing. It’s stupid sure, but it doesn’t merit censorship just because some people find it offensive.

Going back to my point, Amid Evil is reminiscent of the older games that didn’t give a crap if people thought that it was too violent or dark. It’s hard for the sole purpose of challenging the player and it does a damn good job of that.

Controls, Music and Everything Else 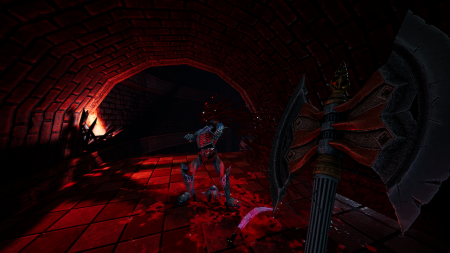 There’s more going on here than might first appear. Though Amid Evil might appear simple at first glance, there’s quite a bit of care that’s gone into crafting the experience that it offers gamers. And that’s most appreciated in any era.

Not much of a story here, but the setting is great

Controls are well-implemented, and the arsenal is classic

All in all, Amid Evil is an outstanding shooter straight from the 90s and package in all the glitz and glamour of the 2010s. It plays great and it looks great and if you're a fan of old-school shooters and horror games then Amid Evil is for you. Bear in mind that the game is still in early access and the things that I have written here today may not necessarily be the same when the game is fully released.