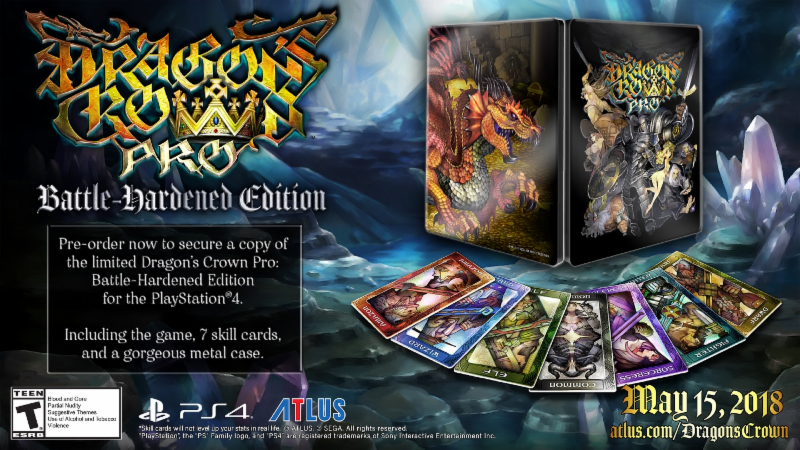 Atlas’ revamp of Dragon’s Crown for the modern crop of consoles is looking great. Check out the characters you’ll be able to pick from in this fresh trailer.

From the looks of it, there’s not a whole lot of difference between Dragon’s Crown Pro and the standard Dragon’s Crown. Not that that’s a terrible thing. You might think that though, since the original title launched a few years back for consoles like the PS3 and Vita. But it continues to look like a million bucks, ad I’m sure the 4k bump will make it look even better.

Fashioned after the classic hack and slash titles of old, Dragon’s Crown (and DC Pro) puts you in the boots of a fantasy icon. And as you can see there in the trailer, these are some true staple characters of the genre. You’ve got the dwarf, the warrior, the wizard, the elf… cool stuff.

Also as you can see, they’re done in a very over-the-top art style. It might be something of an acquired taste, but it gives the game a unique look. There’s really nothing else out there right now that looks like Dragon’s Crown.

And while this new revision might not look super-different than the previous release at first glance, it does offer some bonuses that you won’t fine in the standard edition.

So when will you be able to play this re-born fantasy behemoth? That’d be May the 15th. That’s the magical date when Dragon’s Crown Pro lands on the PS4 and PS4 Pro. It’ll run you $49.99 USD.

Jason's been knee deep in videogames since he was but a lad. Cutting his teeth on the pixely glory that was the Atari 2600, he's been hack'n'slashing and shoot'em'uping ever since. Mainly an FPS and action guy, Jason enjoys the occasional well crafted title from every genre.
@jason_tas
Previous Marvel announces new Sentry series with Jeff Lemire and Kim Jacinto
Next Mario Tennis Aces and more to be showcased at Nintendo Direct this week