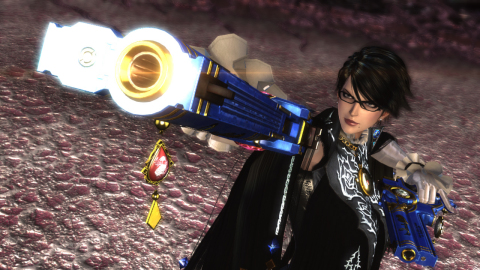 Nintendo and Bayonetta just kinda go together. PlatinumGames have announced that a third game is on the way, and the first two will be coming to Switch.

the lady with the “living” hair has pretty fast become a major name in action video games. The heroic witch’s first game was a landmark, loaded with over the top (and pretty amazing) action. While that first volume was a multiplatform affair, her second debuted exclusively on the Wii U. And that’s just what’s happening with developer PlatinumGames’ Bayonetta 3.

There’s little to no info about the game as of yet, though it was announced at last night’s Video Game Awards. Though we do have this stylish trailer:

In addition to B3, Bayonetta 2 will also be heading to Nintendo’s latest console. And while there’s no launch date for the third one, B2 is hitting pretty fast. She’ll be arriving on Switch on February 16th. Oh, and as a little bonus, the retail (boxed) release will duplicate the Wii U version. Yep, that means the original Bayonetta will be included. Well, as a downloadable anyway.

You’ll also be able to get both games on the eShop as digital downloads. Though I have to say that the retail release (for B2 anyway) seems superior. Who’s going to turn down a free second-run at the original?

Stay tuned, we’ll have more for you on Bayonetta 3 as it’s released.

Jason's been knee deep in videogames since he was but a lad. Cutting his teeth on the pixely glory that was the Atari 2600, he's been hack'n'slashing and shoot'em'uping ever since. Mainly an FPS and action guy, Jason enjoys the occasional well crafted title from every genre.
@jason_tas
Previous Free nightmares! The Evil Within 2 gets a free trial
Next Full Jurassic World: Fallen Kingdom trailer erupts