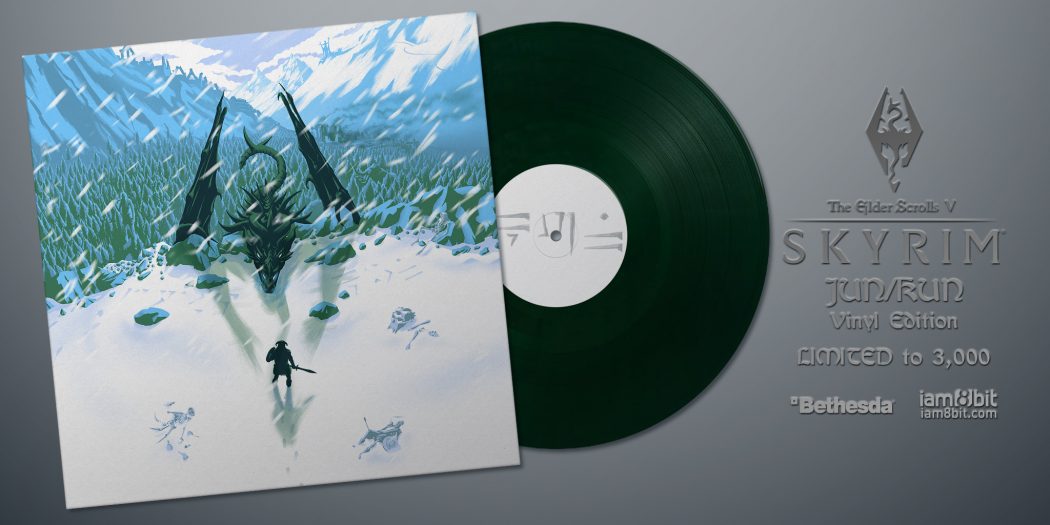 The Elder Scrolls V: Skyrim fans are going to have some pretty cool stuff to add to their collection in 2018.

Skyrim never seems to go away, does it? The game has become its own meme, as it just seems to keep popping up for new platforms. Most recently, it’s been made available for the Switch and select VR platforms. The Switch version has actually gotten me to (finally) play it, so I guess there’s a method to Bethesda’s madness. But if you thought it was going to stop there, well you were wrong.

Bethesda and iam8bit have announced that the newest installment in the venerable Elder Scrolls series is about to get a cool set of collectible items. Namely, a soundtrack on vinyl, and a neat limited edition print. Both items will be arriving in the second quarter of 2018, and will be made available on iam8bit’s website. 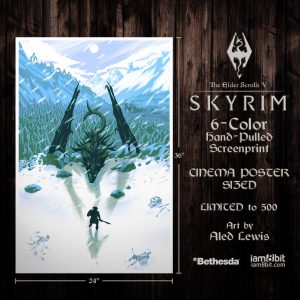 Jason's been knee deep in videogames since he was but a lad. Cutting his teeth on the pixely glory that was the Atari 2600, he's been hack'n'slashing and shoot'em'uping ever since. Mainly an FPS and action guy, Jason enjoys the occasional well crafted title from every genre.
@jason_tas
Previous Bloodshot Salvation #6 (Comics) Preview
Next Nvidia Shield to get Nintendo Wii and GameCube games in China