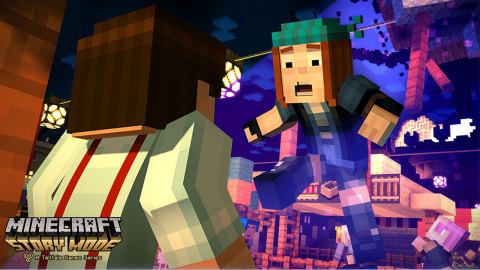 It was going to be tough to top last week’s Nintendo Download. Yep. Tough. Just keep that in mind as you read through this week’s.

Now, to be fair, Telltale’s Minecraft: Story Mode – The Complete Adventure is a decent title. It’s a pretty big game in terms of impact, and it did get some acclaim when it released earlier this year. Here’s the thing though – it’s pretty much all there is this week for Nintendo in terms of new announcements.

If you recall though, things aren’t all that bad. Last week touted Sonic Mania, but the game didn’t actually hit till this past Tuesday. So it’s kind of a “this week” game. Same goes for the demo of Rayman, which also arrived this week. So it’s not actually a bad period at all for the Switch (or Nintendo in general). It just kind of looks that way on paper.

We do get a new Neo Geo game though, can’t forget that. Here’s what’s new:

Jason's been knee deep in videogames since he was but a lad. Cutting his teeth on the pixely glory that was the Atari 2600, he's been hack'n'slashing and shoot'em'uping ever since. Mainly an FPS and action guy, Jason enjoys the occasional well crafted title from every genre.
@jason_tas
Previous DC tests its Metal starting this week with the release of Dark Knights
Next Sonic Forces to make appearance at Gamescom