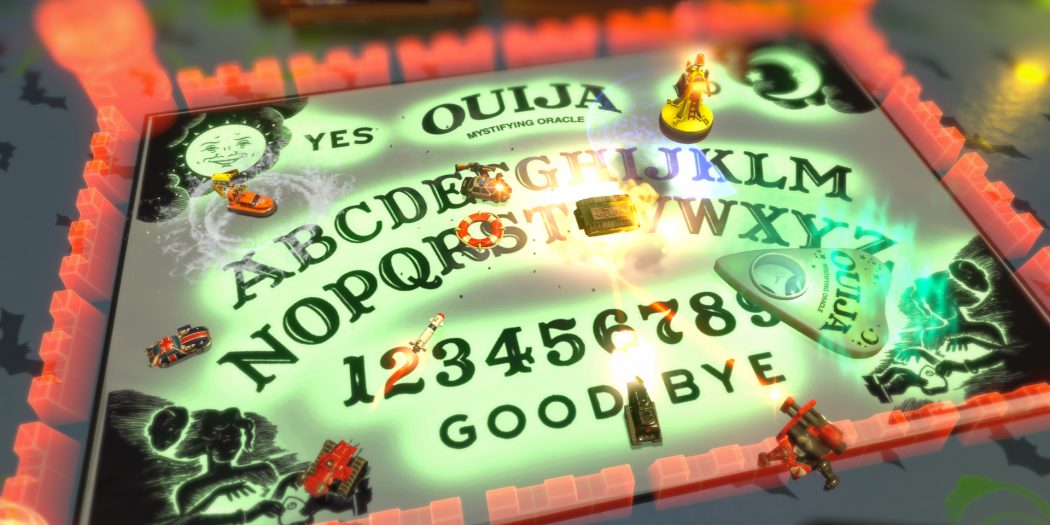 The classic racing series is almost back once again, as Micro Machines World Series is hitting next month. See what all the fuss is about with this new trailer.

It’s a racing rumble on the kitchen table

How freaking cool does this look? Seriously, if you’re a fan of Micro Machines, it’s kind of obvious that this might be a game to check out. But then there are the G.I. Joe vehicles that are in there, and all the assorted Hasbro stuff in general. That Ouija board stage looks too awesome.

Oh, and lest you think that this might be a somewhat shallow racing/combat experience, consider the customization options. According to developers Codemasters, the game should offer plenty to keep you coming back.

“Players will quickly gain an affinity with a particular vehicle and find it suits their style of play,” he continued. “You can master one vehicle collecting all the 25+ customizations, but then have a whole host of variety choosing and mastering all the other vehicles in the game.”

There’ll be a dozen cars overall by the way. So there’s a nice little selection there too for the base rides. Past that, you can also expect a mixture of classic and new arenas to duke it out in. From the sounds of it, there should be a solid assortment. Art Director Stuart Campbell says: “New locations like the workshop complement Micro Machines classics like the games room and classroom. Dodging pool balls while trying to shoot a G.I. JOE MOBAT has never looked so good or felt so fun.”

So when can you expect to dig into all this mini-madness? That’s be June the 23rd, when Micro Machines World Series pulls onto the PS4, Xbox One, and Steam for the PC.

Jason's been knee deep in videogames since he was but a lad. Cutting his teeth on the pixely glory that was the Atari 2600, he's been hack'n'slashing and shoot'em'uping ever since. Mainly an FPS and action guy, Jason enjoys the occasional well crafted title from every genre.
@jason_tas
Previous Storm Collectibles brings Mortal Kombat’s Reptile to life with new collector figure
Next The Visitor: How And Why He Stayed #4 (comic) Review