The Flash The Once And Future Flash S3 E19 (TV) Review

When we left off, Caitlin was on the verge of dying, when Julian removed her protective amulet to save her life – at the risk of unleashing Killer Frost. Let’s see what happens in Flash The Once And Future Flash.

**NOTE**: This episode gets a little difficult to follow, so bear with me.

Determined To Stop A Killer

Barry is reading through news articles from the future to determine when he needs to travel to, in order to learn how to stop Savitar. He finds an article from 2024. Iris is worrying about her dad, and what could happen if they cannot stop Savitar. Iris makes Barry promise that he will be there for Joe if this happens. 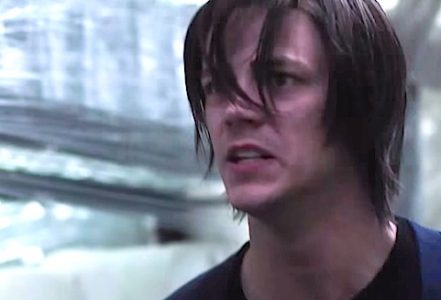 While they are discussing the possibilities of how to handle the future, Barry gets an alert from STAR Labs. He does not yet know that it is because of Caitlin, but he knows something is going wrong. Julian, Cisco and Harrison hide in one of the core containment cells to buy some time from Killer Frost, when Barry shows up right before she decides to put the trio on ice.

Frost puts up an ice barrier and makes her escape. Now the teammates are left with nothing but each other, and they are bickering over how they could have done things differently. Everyone agrees that they need to step back and allow things to cool down – nothing good is accomplished when you’re angry. This is when Barry announces that, with Wally’s assistance, he is going to run in to the future, and learn the secret of Savitar.

As soon as he lands in 2024, Barry is met by a villain, who quickly puts her spell on him. He begins to feel lightheaded and unable to stand on his own two feet, before her partner finishes the job knocking Barry over. Turns out that we have seen these two before. Barry was met by Rosa Dillon and Sam Scudder, otherwise known as Mirror Master. This is not a good way to jump into the future. They claim to run Central City in 2024.

Barry goes to his old apartment, and finds the place trashed. Cisco could feel that Barry had arrived, and came to give him the grand welcome. Or at least as grand as he could muster. Cisco knew what Barry was after, and let him around the city. The future Barry had disbanded Team Flash, shut down STAR Labs, and became a recluse. All his friends had become reminders to Barry of what he had lost.

Cisco leads Barry into the STAR Labs building, but refuses to exit the elevator, stating ‘man, I shouldn’t even be here!’ 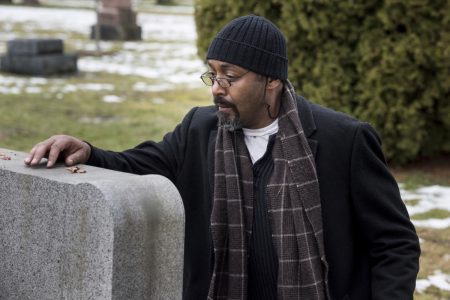 The future Barry emerges, asking present Barry why he is here. Recognizing the appearance, he realizes that present Barry is still trying to save Iris. Future Barry tells his present self that he cannot save Iris, and that he should return home. Future Barry does not know the identity of the one they call Savitar.

Barry and Cisco say their goodbyes, and Barry endeavors to return home. However being by himself, he is unable to open the portal, and therefor, for the time being, present Barry is stuck in the future.

As they try to figure out why Barry was unable to open the portal, Barry asks Cisco what happened to the members of Team Flash, and why he never reunited the team. Killer Frost took Cisco’s hands, so he no longer has his vibing power.

Julian works at a lab where Killer Frost is contained. Though detained, Frost knows a few things: Barry is from the past, as he does not yet have hate in his eyes, and she knows the identity of Savitar. Not that she plans on telling Barry any time soon.

Barry and Cisco go to see Wally, living at the family West home. A nurse answers the door, and is familiar with Cisco. After Iris died, Wally lost it and attempted to take on Savitar. For his troubles he got a shattered spine, and a life of hospice care.

We find Joe mourning Iris at the cemetary, and find out that after Iris died, Barry shut out everyone. Future Barry explains to present Barry that he was unable to be there for Joe, or for anyone. Enduring Iris’ last breath will break Barry. Barry’s world becomes solely focused on stopping Savitar, to the point that he neglectfully shuts out everything else.

Cisco was the one stopping from opening that portal. He was hoping his friend from years ago, would stay. Hoped that he would fight. Cisco’s confession of this was enough to appeal to present Barry. The two join forces to reunite the team.

Stealing away HR from a book reading, Julian from his lab, and Joe from Wally’s bedside. What remains of Team Flash reunites to stop Top and Mirror Master, to leave the future in a better place than he found it.

When present Barry faces the duo, they quickly gain the upper hand. However with Team Flash behind him, Cisco is able to reconfigure the device that blocked the portal, to negate Top’s abilities, while giving the Barrys the ability to use Mirror Masters powers as well.

Future Flash recognizes both the need to help his team, and to rejoin the world as a force for good. He runs to present Barry’s aid, carrying with him this negating technology. Making quick work of the apprehension, Future Barry apologizes to his team. Iris would have wanted everyone to remain a family, and a family they will be once again.

Future Flash confesses to present Flash that he had help in trapping Savitar in the Speed Force, by a physicist. Sadly however, she discovered the technology four years after the passing of Iris. He gives a piece of technology to his younger self. If he can locate this physicist, Tracy Brand, she may be able to decipher her future self’s work, and help to stop Savitar before it is too late.

Back on present Earth, Barry tells his team of what he learned, and that they need to stop Caitlin/Frost before she aligns with Savitar, and is lost to Team Flash forever.

The episode ends with Frost meeting Savitar in the woods. Savitar wants to make sure Caitlin Snow never returns, giving Killer Frost complete power. When she asks why she should believe him, he says nothing. Rather, he bends down to one knee, removing the Savitar armor, and exposing his true identity to Frost. All she can respond with is, ‘what do you need me to do?’

When I began watching this episode, I was excited for a new flash episode. Then I saw where they were going with it, and I got a bit depressed myself. You never want to see friends fall apart, let alone over something as tragic as a death you could not prevent. Knowing it was Flash on CW, I didn’t sink too far, but this was definitely a rough arc to get through. In the end things take a swing for the positive, though who could be under that Savitar armor is going to drive me crazy.

A fan of media on multiple platforms, I am always watching or playing something! Who knows what I will be on to next?
@mackeyp42
Previous Bandai Namco Announces Gundam Versus is Set to Land This Fall
Next Banjo-Kazooie (Nintendo 64) Retro Review