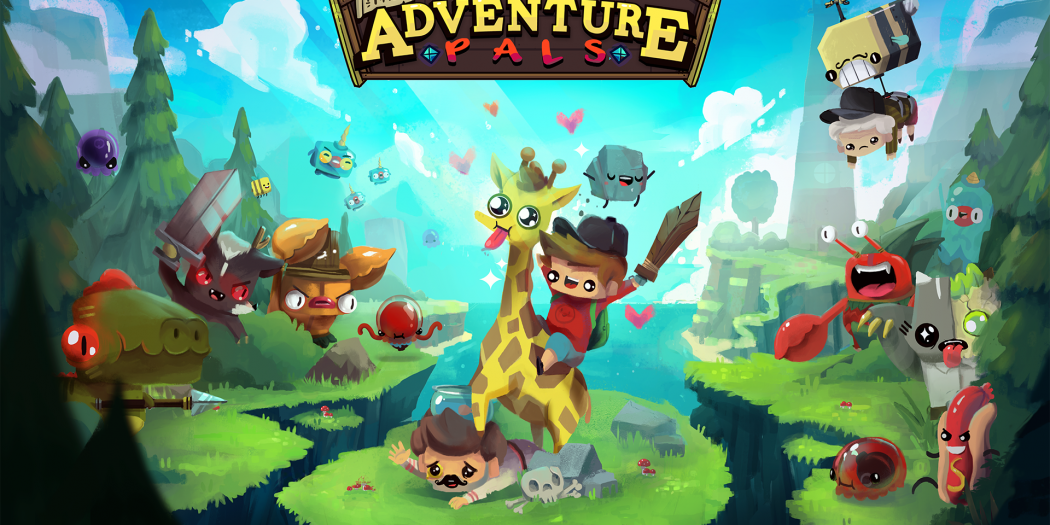 Need some good clean fun for people of all ages but equally enjoyable to the most mature of adults? Then Look no further than The Adventure Pals. A wonderfully colourful, humorous platforming adventure. With giraffes and a pet rock. Though that’s enough to sell me on a game, you may need more. So let’s delve deeper. Now, developer Massive Monster is by no means a newbie to creating games. 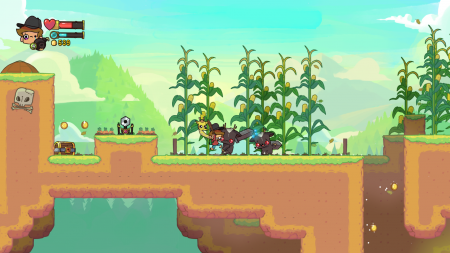 The Adventure Pals is a sequel. In Super Adventure Pals you are minding your own business, having a picnic with your personal giraffe and rock, when Mr B lunges from the bushes and steals our rocky acquaintance. I can only imagine what the “B” stands for.

Jump ahead to The Adventure Pals, where here we are again with our giraffe and rock and father. Again, minding our own business having a jolly old time. Enter Mr B stage right. He swoops in again to ruin everything. This time stealing our dearest daddy. Mr B’s plan is a tad more diabolical this time around. He’s came a long way from simply stealing rocks. Now Mr. B is turning people into food. Including our sweet old dad. A hot dog to be exact. So now we must adventure onwards to rescue our dad and everyone else Mr B has turned. Or at least that’s how it first seems.

My play consisted of your standard platformer fun with their own charm and feel. I follow my father as he leads me to a surprise. Along the way we get into a spot of bother with some jelly blobs. Nothing a quick wooden sword to the jelly equivalent of a face can’t fix. Then we are led to a giant birthday cake. How nice. Unfortunately our present is inside the cake and we must throw a bomb at it to get it out. Of course. Inside is our pet giraffe, sparkle and we instantly become the best of pals. What a wonderful gift, and ruined cake. Sparkles will sit nicely in our Mary Poppins backpack where we keep all of our goodies. After plenty stalling from dad trying to tell us something super important and awesome, Mr B returns and kidnaps our father. 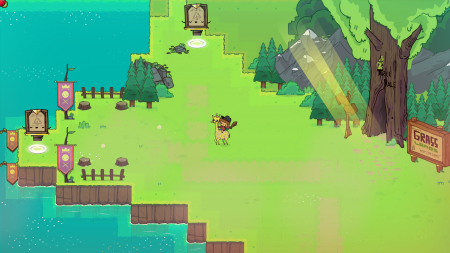 I watched as my dad was taken away from me while Mr B gloated. In pursuit I stumble across Dads hat which of course I must keep safe. Immediately after Mr B returns and drops an unkindly and unnecessary amount of bombs on us. Which of course we don’t survive from, for now.

We wake up at mums house after being recovered by a group of friendly guitar playing foxes reluctant to leave.

Apparently mother is rather shocked at Mr B being a meany and decides it’s best for us to go and save dad. She suggests that Mr B will want rubies in exchange for him. So on we go into the larger area where we find our levels. Of course to traverse this land we will be riding our giraffe. So as we set off from mums lighthouse (which for some reason has arms, legs and a face) we head to our first level.

After fighting strange, creature things. Jumping across platforms. Throwing bombs. Collecting coins and cupcakes we find ourselves at the end of the level and demo.

What’s else is there?

The Adventure Pals does not shy away from silliness, as is shown with our choice of pets. But the silliness doesn’t end there. We can use our giraffe in a most practical manner. Need to get along to t 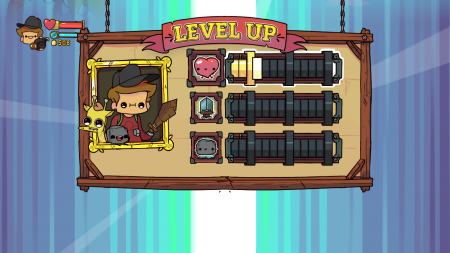 hat ledge over there that you can’t reach just by jumping? No problem. Simply use your giraffes tongue as a propeller and away you go.

Our journey includes a wide variety of bizarre but brilliant enemies. Boss fights. Mini games and shops to blow all your coins away. Procedurally generated underground dungeons. Cupcakes. RPG like towns. 5 world areas, all of which have their own towns and locations. Levelling up and most importantly of all drop in, drop out co-op. If you fancy yourself some humour, colours and your very own pet rock and giraffe I highly recommend keeping watch on The Adventure Pals. Yes it’s not hyper realistic or an FPS but it is the key thing that every game should be. Fun. And there is enough to go around

Massive game and movie enthusiast. In any free time I'm always playing something or watching something. I didn't choose the hermit life.
Previous EGX Rezzed Hands-On: Serial Cleaner
Next Star Wars Battlefront II emerges from Celebration, casts you as the villain