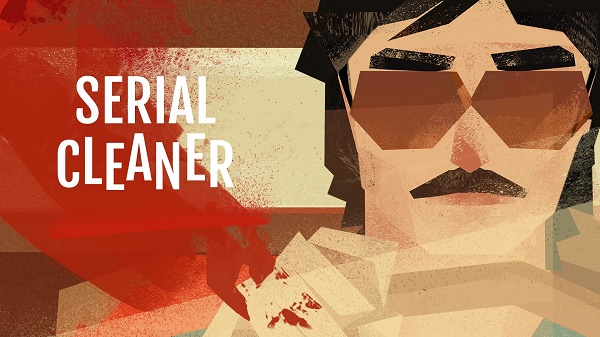 There are plenty of games out there that involve killing numerous people, leaving blood and bodies in your wake.  But when you need someone to get rid of the evidence and make sure nothing comes of your murderous acts, you need to send in a cleaner. If there’s a lot of bodies that need removing, you’re going to need a Serial Cleaner.

Serial Cleaner, developed by iFun4All, is a 2D stealth/action game.  You play the part of the titular cleaner, and your job is to visit a bunch of murder scenes, clean up the blood, remove the bodies and remove all evidence without the police catching you.  The gameplay is pretty simple.  You move around the map picking up bodies to put in the trunk of your car, hoovering up blood and removing evidence.  Meanwhile, you have to avoid being seen by the police.  If they see you, they’ll give chase and you have to avoid them or try and hide from them.

The build on show at Rezzed had a few levels showing the basics of what the game is about, with levels getting much bigger as you go.  You can zoom out initially to see the full scale of the level and where everything is.  If you get caught, you’ll have to start again and everything you need to get rid of will be in different places to change things up.  The police also don’t follow set patterns, so you have to judge their movements carefully and make a run for it when you get a chance.  An interesting thing is, if you manage to get into a hiding place, the police will lose you, even if they were right next to you when you hid. 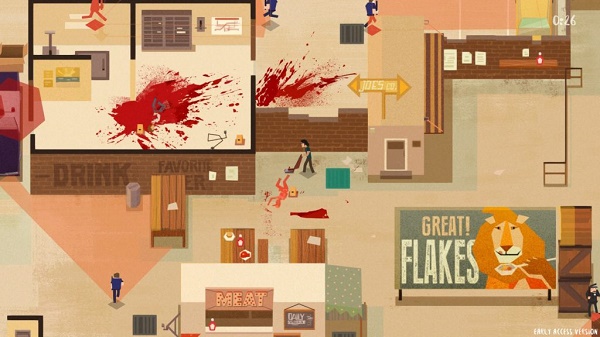 The entire game is hand drawn and is done in a 1970s style asthetic.  The Cleaner himself has a moustache and shades on as he runs around, and the game itself takes inspiration from 70s murder scenes.  The humour and atmosphere are also influenced by the likes of Pulp Fiction and Fargo.  The game certainly doesn’t take itself too seriously, which is part of the fun.

Serial Cleaner certainly seems to be a fun, interesting stealth game, with a well worked difficulty curve and enough variety to keep you interested.  If you get a chance to check it out, it’s well worth it.

Serial Cleaner is currently available on Steam Early Access.  You can check it out here.

Mike is Brutal Gamer's Indie Editor. He has been playing video games since the early 90s and is fond of racing games, puzzlers and MMOs. Typing /played while in WoW makes him cry, but not enough to stop him playing some more.
@Ognawk
Previous The robotic Clutch announced as newest Quake Champions playable character
Next EGX Rezzed Hands-On: The Adventure Pals