Diamond Select Toys will have loads of awesome stuff at Toy Fair this coming weekend. Fan of Ghostbusters, NBX, BttF, Marvel or DC? Then you’ll dig this.

Bring on the awesome

DST is absolutely prolific. The collectible maker has some of the biggest licenses on Earth, and they make use of them in just about every way possible. Figures? Yep. Minimates? Yep. Statues? Yeah, they make those too.

This year, it looks as though Vinimate PVC statues and dioramas will be making up the bulk of what’ll be on the show floor in NYC. Not that there won’t be other stuff, but a lot of new pieces will be joining DST’s newest line.

Scroll on down and have a look. We’ll have full coverage and a booth tour some time next week.

Back to the Future
One of DST’s most venerable licenses meets its newest brand when DST expands their Vinimates vinyl figure line to include Marty McFly and Doc Brown! Plus, they’re also bringing back their sold-out Electronic Hover Time Machine from Back to the Future II! 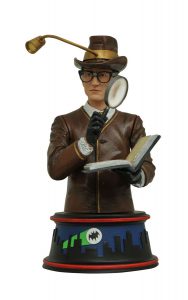 Batman: The Animated Series
More busts and statues capturing the iconic 1990s animated series continue to roll out, including a bust celebrating the 25th anniversary of Harley Quinn, a full-size statue of Catwoman, and two characters are revisited in new PVC dioramas — New Adventures Batgirl and Laughing Fish Joker! Plus, the Justice League Unlimited bust series continues with Shazam!

The Dark Tower
Anticipation for the film adaptation of Stephen Kings Dark Tower is at an all-time high, and DST is tackling the new film with Vinimates vinyl figures, Minimates mini-figures and Select action figures! 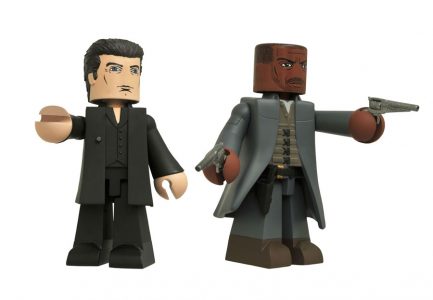 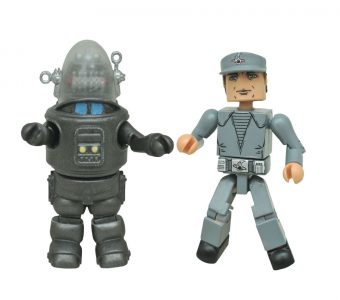 The Iron Giant
The heartwarming tale of a boy and his giant robot is now the newest set of Minimates mini-figures! This 2-pack includes fully poseable 2” mini-figures of young boy Hogarth Hughes and the alien automaton he grows to love, with even more Iron Giant merch in the works!

Marvel Comics, Movies and Television
The Marvel Gallery OVC Diorama line is one of DST’s most popular launches in years, and the response has been phenomenal. Five new PVCs were recently revealed, with more scheduled to be on display at the show. New Marvel Select figures from Marvel Comics, Marvel Studios films and Marvel television will be on display, as well as new Minimates mini-figures, and Milestones and Premier Collection collectible statues!

Predator
The hunt is back on! The epic fourth series of Predator Minimates is based on films from across the popular movie franchise, including Predator, Predator 2 and Predators! 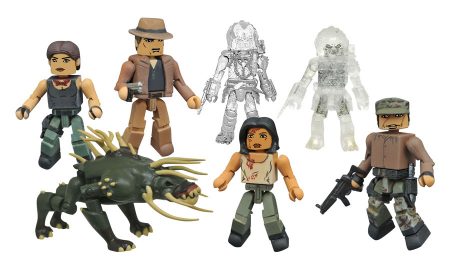 Watchmen Movie
We still may not know who watches the Watchmen, but now fans of the epic superhero film can watch the Watchmen join their Minimates mini-figure collection! Plus, three more Vinimates vinyl figures!

Jason's been knee deep in videogames since he was but a lad. Cutting his teeth on the pixely glory that was the Atari 2600, he's been hack'n'slashing and shoot'em'uping ever since. Mainly an FPS and action guy, Jason enjoys the occasional well crafted title from every genre.
@jason_tas
Previous NIS America’s 2017 Press Conference Round Up
Next Toy Fair 17: Guardians of the Galaxy 2’s Ego revealed in action figure 2 pack