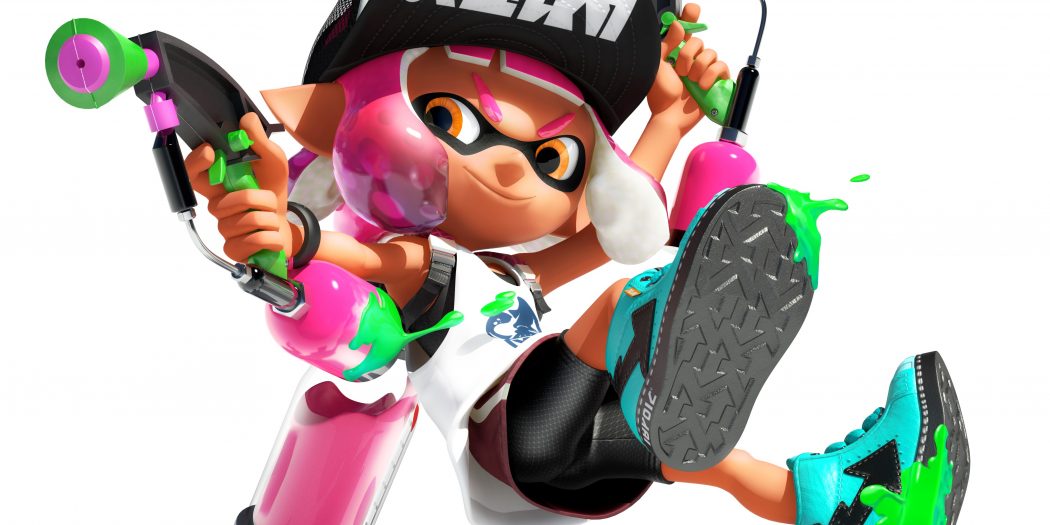 What was rumored to be a port turned into something much more enticing: Splatoon 2 is coming to the Nintendo Switch, and it’s the real deal. 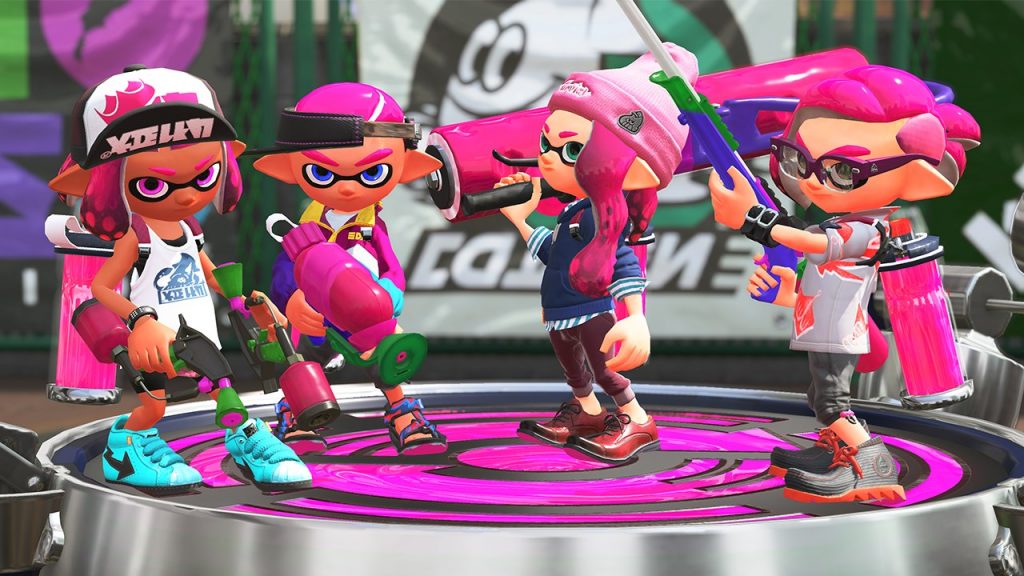 The developers have done out with the old.  Two years in the world of Splatoon is a long time: fashions are changing (which means more customizability for the player, including hair styles!), new weapons have been developed, and all the old Supers are gone.

No more Bubbler.  No more Kraken.  Now we have a laser rifle that sacrifices mobility for the ability to fire a stream of ink that covers the ground and fires through terrain (walls included) to strike unwary inklings.  We have a set of jet-packs that sets the player above the battlefield and allows them to rain destruction onto their opponents.  A new raincloud hovers threateningly over the field, dumping ink while traveling across the map.  A rocket launcher blasts a flurry into the sky that rains down destruction in an area, and a grenade launcher replaces the unlimited grenade supers of the original.

While old weapons haven’t been entirely gutted in Splatoon 2, they’ve seen their share of upgrades.  Most notably for myself, as a devout Splat Charger player, the sniping weapon now has the ability to save charges, even as the player drops into the ink for a swim.  The least mobile weapon of the original just got a whole lot more slippery with this addition, as it will surely change the result of unfortunately ranged bouts, and add to the weapon’s viability at every range.  Hopefully they announce too that the weapon will be able to charge while mid-air to add to the weapon’s adaptability.

The Roller now can sling paint in a vertical line, rather than the horizontal one players are used to, adding some range and precision to the traditionally short-range weapon. 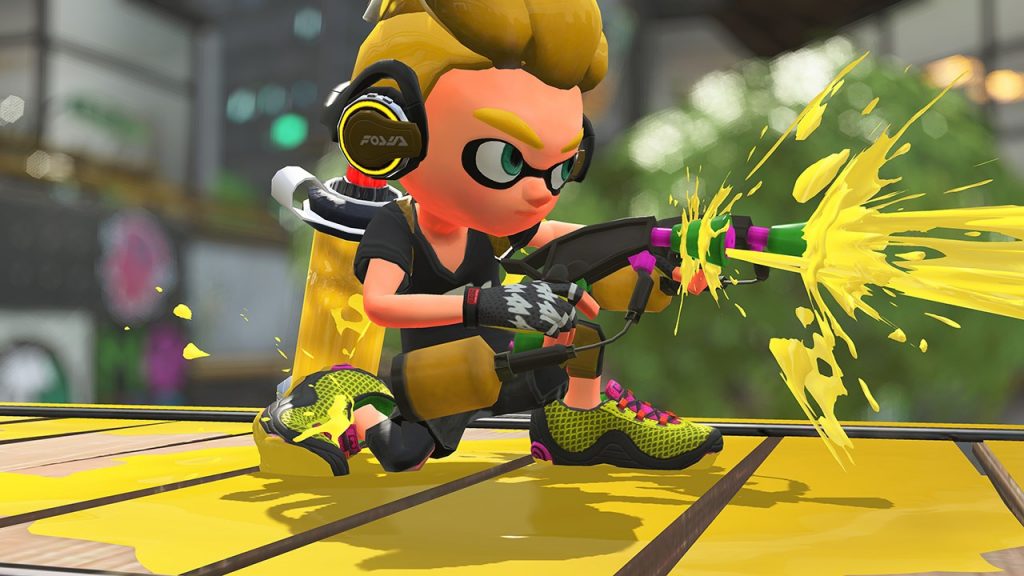 New weapons are available too, including the fascinating Splat Duelies, which focus on the same short-range strengths as the Splattershot Jr.  These, however, have the added functionality of granting the player a short, quick dodge to close gaps, step out of incoming fire, and respond with a burst of colorful pellets.  This burst has the added bonus too of increased accuracy, at the momentary sacrifice of mobility, making it an offensive tool in its own right.

New stages look to include technical elements right out of the gate, upping the ante for higher level play and outmaneuvering.  But there will be stages simple to understand as well, including The Reef, a hangout spot for squids (or kids), one of the stages seen in the trailer, that isn’t visually dissimilar to the late Urchin Underpass (if Urchin Underpass had a bridge).

The developers have promised Splatoon 2 will receive post-launch content in the same vein as Splatoon the first: think new maps, weapon classes, and Splatfests.  What other long-standing rivalries will be decided by who’s right and who wins? 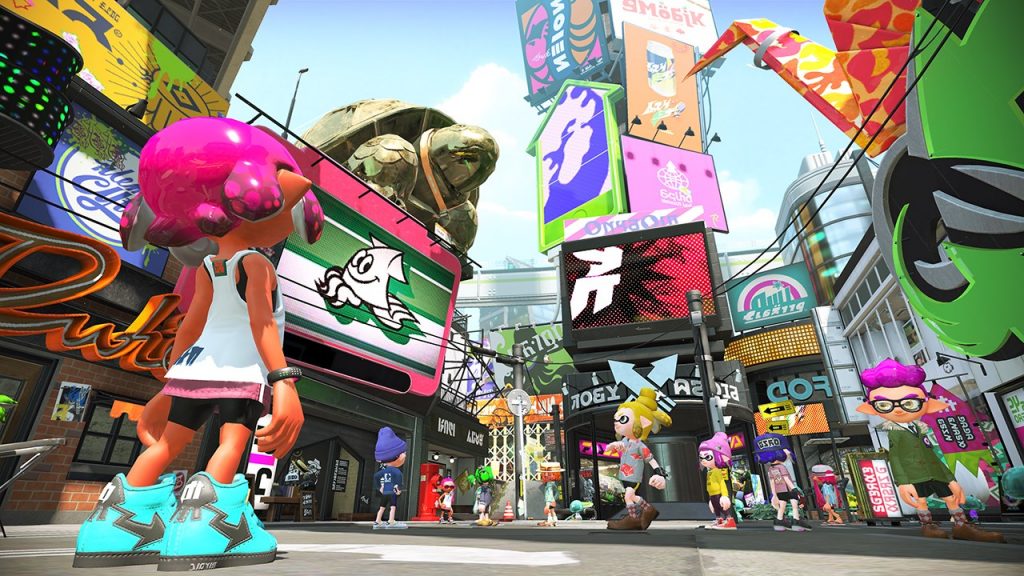 As Splatoon 2 will release for the Switch, it will also support 4v4 local play on Turf War, gyroscopic controls (a must to make the Splat Charger operate at the peak of its condition), and more.  And if you’re wondering how you’ll jump to an ally on the map, wonder no more: players will hit the X button and a direction on the D-Pad to select their landing point.

The initial trailer for the game also hints at the return of the single-player campaign, with frames of our octopus foes and a well-dressed Callie/Marie/new character (my money’s on the last).  Undoubtedly, Splatoon is coming back with a vengeance, and we couldn’t be happier to see it.  The game will launch in Summer 2017.

Brutal Gamer's Nintendo Editor began his gaming life a little late- at five years old. But he's made up for it in the two decades since, gaming and writing about gaming with the same passion, fervor, and unrelenting love as his five-year old self.
Previous Mario Kart 8: Deluxe: The Return of Double Dash
Next Nintendo Switch Free Game Limitations