Valiant goes back to the ancient times for its latest book, a detective tale set in the Roman Empire called Britannia.

Unnatural happenings in the furthest reaches of the Empire

On the fringes of civilization, the world’s first detective is about to make an unholy discovery…

Ruled by the Fates. Manipulated by the Gods. Commanded by Caesar. In the year 65 A.D., one’s destiny was not his own. At the height of Nero’s reign, a veteran of Rome’s imperial war machine has been dispatched to the farthest reaches of the colonies to investigate unnatural happenings… In the remote outpost of Britannia, Antonius Axia – the First Detective – will become Rome’s only hope to reassert control over the empire’s most barbaric frontier…and keep the monsters that bridge the line between myth and mystery at bay…

Well isn’t this different for Valiant. Britannia pretty plainly features more of a creepy, horror theme than the publisher’s books usually do. It takes place at the height of the Roman Empire, which is really different. That’s a time/place that the company hasn’t touched at all in its run. And also one largely ignored by comics in general.

That’s Valiant though, never afraid to take risks and push narratives into new places. Usually places that other publishers wouldn’t really go. As far as it looks too, none of the familiar themes of the Valiant U are present for Britannia, though that might change.

They have several pretty old groups in the Valiant U remember. And it’s also safe to say that a certain Eternal Warrior just might pop up as well. We’ll see, as there are four issues to get through, and you never know what might happen.

Jason's been knee deep in videogames since he was but a lad. Cutting his teeth on the pixely glory that was the Atari 2600, he's been hack'n'slashing and shoot'em'uping ever since. Mainly an FPS and action guy, Jason enjoys the occasional well crafted title from every genre.
@jason_tas
Previous Halcyon 6: Starbase Commander (PC) Review
Next Battlefield 1 beta was biggest ever for EA 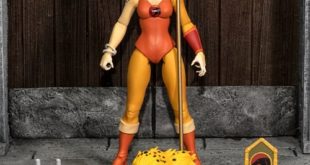 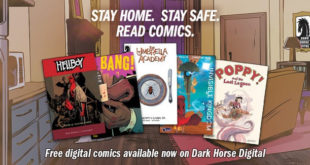 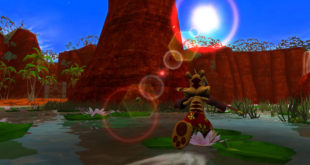