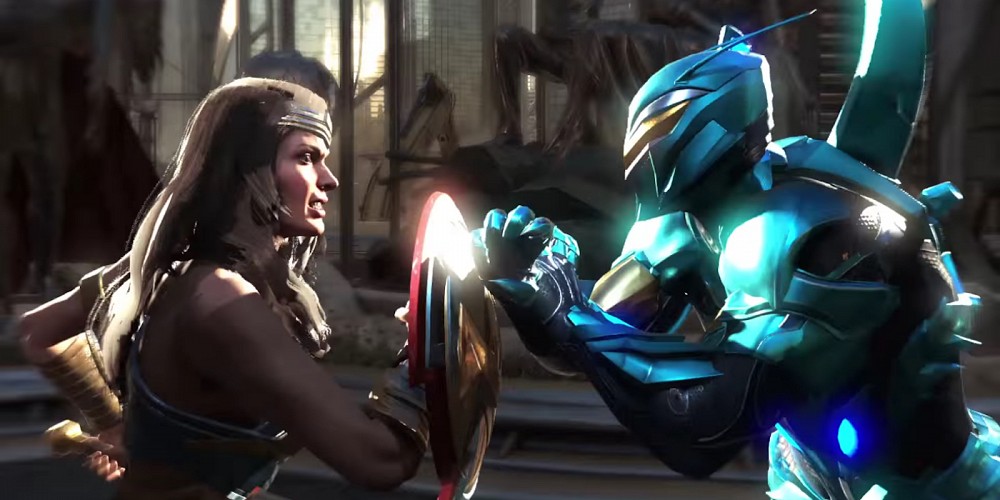 SDCC 2016: Amazons and a Beetle for Injustice 2

Injustice 2 has expanded its roster, revealing two characters at San Diego Comic Con. These two superheroes are none other than Wonder Woman and Blue Beetle. In addition, the panel held by Ed Boon discussed more about the main story of the game and the gear system. 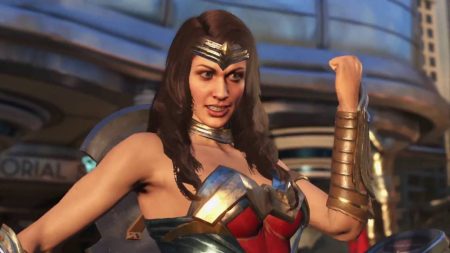 To start, the two characters look amazing. Wonder Woman still has some of her older moves whilst having a fresh super move that looks rather flash. Quite interestingly, she remains on the ground utilising her shield and sword. This could be her trait as in the previous title, Wonder Woman had access to two stances. If she retains most of her initial moves, then more than likely the two stances will make a return as well.

Blue Beetle has always been a fan favourite, with many asking for his inclusion within the Injustice universe. It’s great to see NetherRealm listening to fans and adding characters that people want to see. What is interesting about Blue Beetle is his ability to morph weapons. He has some crazy gear and looks absolutely awesome. During the trailer, it is possible to see scythes, massive spiked mallets and cannons. Due to his cannons and his super move, some are thinking that Blue Beetle could be replacing Cyborg’s place on the roster. They have very similar moves and if old Injustice characters are going to retain most moves, then Cyborg and Blue Beetle would be too similar within the roster. 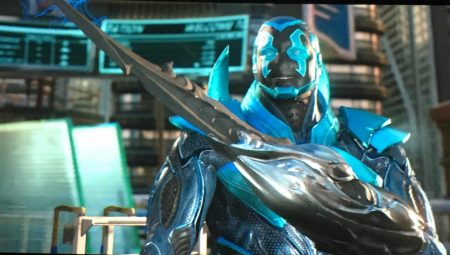 During the panel, there was more discussion on the story and how certain characters will fit into the whole scope of things. Though not a lot of information was given, small tasters were offered. Characters like Supergirl and Gorilla Grodd will play big parts in the story. Perhaps the biggest news regarding the story is that another prequel comic will be made. This will be headed up by Tom Teller and will provide the beginnings of the cinematic story that will inevitably be in the game.

As well as the new characters, further explanation was provided about the gear system. The gear system will allow players to equip fighters with items which will change the character aesthetically and statistically. However, some have been worrying whether this will carry on within competitive play. That question has been answered. There will be a tournament mode option to which the stats gear provides will be nullified. This will allow for a fair fight within ranked matches. Though the gear stats will be gone within ranked, the aesthetics of the gear will still be around. This means you can still have your own customised fighter, on an aesthetic level, when in ranked. Presumably tournament mode will be a constant feature on ranked matches, and an optional one on player matches.

Another small highlight is that the netcode Injustice 2 will be coming with is the new, up to date netcode that Mortal Kombat XL is currently on. This will allow for much smoother player and better connections. Having such a netcode will vastly improve the online experience.

Injustice 2 is looking at a 2017 release date for PS4 and Xbox One. Expect a slow release of news and character by NetherRealm studios till then.

I've always enjoyed gaming from a young age, with my all time favourite game being Ape Escape. Nowadays, I enjoy any kind of game from action adventure to horror, though I am quite partial to the odd fighting game.
Previous Starbound Exits Early Access with Version 1.0
Next Demons Age Preview – A Love Letter to Days Gone