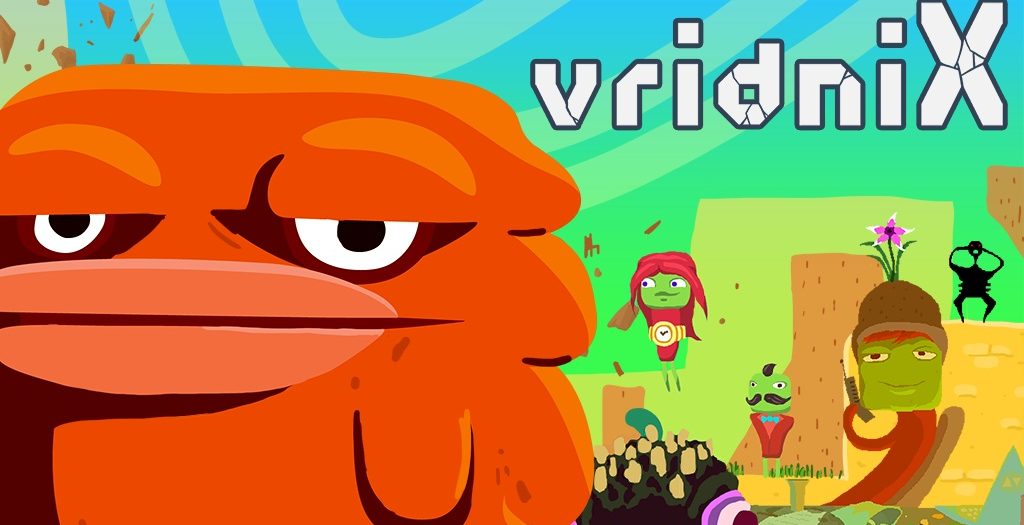 vridniX is story of grumpy, bad-ass, selfish and mischievous antihero and his quest to save the world.

The first few questions that pops into the mind after reading the first paragraph is that:

“Seriously! This many bad words about the character”.

And second “If he is so bad, why the hell he is trying to save the world”.

And the answer of these is what ultimately makes the game different from other platformer games.

Unlike other platformer characters, who are cute and have a goody-goody personality, vridniX is a selfish, lazy brat who lives among the kindest and most gentle species: the Wamnis. He wants to accomplish great things so that they would all love and worship him. Ergo, his quest to save the world.

vridniX is the first game by uncanaut, an indie studio formed by two game designers named Jonathan Rodelet and Gregoire de Framond. The game is now running a campaign on Kickstarter with the demo available for everyone to play. 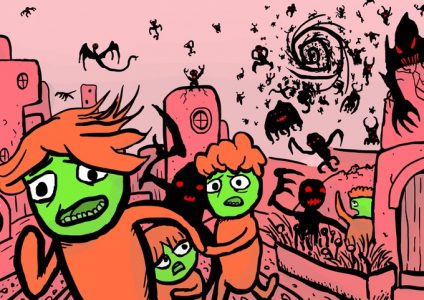 Story takes place in city called Neta-Vark, a secret place and a home of Wamnis in the Delta Universe. Wamnis are kind species and vridniX, the one and only Naqq lives with them too.

The Neta-Vark is under attack of the Trogogluxes: the species destroyers. It’s then, vridniX seeks a selfish opportunity to save the world, so that everyone will call him a hero. But on his way, by using his ability to rotate the zones, he eventually goes on destroying all the places he passes through.

The vridniX’s gameplay is pretty much straight forward like other platformer games. You control vridniX, a selfish creature who can’t stop running and has a special ability to rotate the levels. He uses the environment at best by running on the floor, hanging onto the ceiling using his long tongue, bouncing against the wall.

The ultimate goal is to help vridniX reach the Switch of Destiny, located at the center of the City. So that he can press it to get rid of all those Trogogluxes and become a hero.

On your journey to the Switch of Destiny you will come across plenty of characters in cutscene, fight against the unkind foes with their own unique behavior.

And many more to come in full version.

The music of the game is surprisingly exciting and unique. The different music track gets triggered as per the situation with nice touch of stereo and bass effect that pumps up the adrenaline during the gameplay.

What I liked about the vridniX most is that the interactive conversation in the game is really casual and full of humor. There will be plenty of times in the game, where the grumpy responses of vridniX will make you laugh.

So what are my expectations from the full version of vridniX:

Don’t forget to checkout the trailer:

The antihero character, strong story throughout the game and casual interactive conversations makes vrindniX stand out from other platformer games. If the game comes out as promising as the trailer, it will definitely amaze the gamers and backers with its charm.

Freelance Game Review Writer and QA Game Tester by profession, I've been in the gaming industry for past two years, following my dreams of becoming one of the skillful person and icon in gaming industry.
Previous System Shock Demo Preview
Next Buffy The Vampire Slayer Season 10 Vol. 4 Comics Review