A strong opening and a strong demo 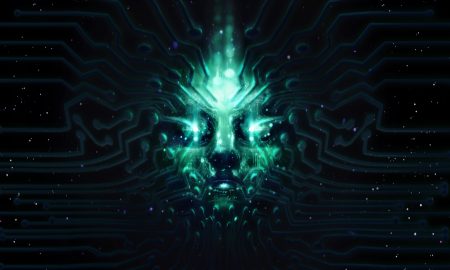 As of the time of writing, the reboot of System Shock is nearing its kickstarter goal. It seems to be on the fast track to success, despite three weeks still being left to collect funds. The reboot to the cult classic has not earned all of this support on good faith, however. A free demo, something that is sadly rare nowadays, has gone up showing the pre-alpha state of the game.

Where does it take place?

The demo begins with a fairly familiar setting. A person is woken from cryo sleep to find the space station they are on gripped by chaos. The crew have been morphed into hostile mutants and the machinery has turned against the player. Grabbing a heavy piece of pipe 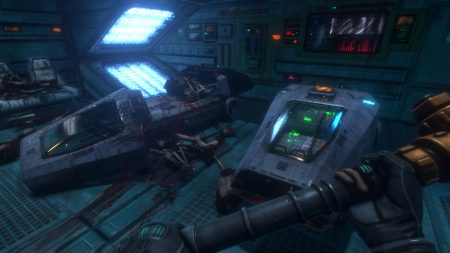 and a few other gadgets, the player must a way to stop the station’s mining laser from firing on Earth. The player’s only confirmed ally is a woman who speaks to them via radio and everyone else is either dead or mutated.

Citadel Station, the unlucky station that you were on, is an absolute mess. Bodies are everywhere, torn to shreds, their blood staining the ground. Medical capsules are smashed, and open wires spark freely. This, combined with the mutants, robots, and lack of any visible allies, expertly crafts the atmosphere of Citadel Station. The atmosphere of an alien and hostile environment.

The demo has a lot of little things that help suck the player into the world of Citadel Station. When finding basic tools and essential items, the player is physically seen picking them up and applying them. In fact all items can be seen in cases when they are opened. The player character holds up his gun and flips a switch when he changes the setting on it. Tiny little moments like these help make the game feel more real, and all the more enthralling.

Familiar gameplay elements return. The old familiar pipe that acts as your main melee weapon, as well as the sparqbeam, now renamed spark beam. Cameras monitor you throughout the hallways, although they do not set off alarms such like in the previous games. Medical stations are also present, though the one that can actually be used doesn’t charge like previous games did.

The gameplay at this point is basic, but solid. The all too familiar dance of lunging and pulling back while swinging a pipe at mutants works just as well as it always did. Resource management has already been implemented in the 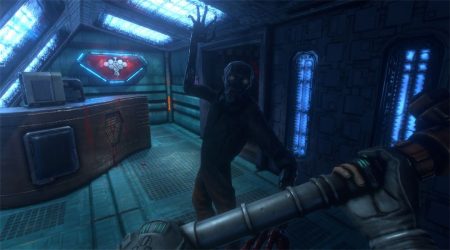 game to some extent. Limited ammunition for the spark beam makes combat tense, as you’re not sure if you want to safely shoot from a distance, or get into melee range and risk taking damage.

Despite the good it has, demo does show its pre-alpha state from time to time. The demo is extremely choppy, even on my rather high end gaming laptop, where I had to smack the resolution down to basic levels to get it to run smoothly. If you check, you’ll find that the specs of the demo are rather high, despite the game being made with the rather simple Unity Engine. Hopefully the game will be better optimized by the time it is released, otherwise it won’t run very well on older computers.

Some of the problems with the demo’s pre-alpha state include balance issues. Halfway through, you acquire the spark beam, a pistol that shoots lightning. Despite how visually impressive it is, even on the maximum setting it feels rather underpowered. It took several shots to kill a simple repair drone that was nipping at my ankles. Whether this was a case of the drone being too strong or the beam being too weak, adjustments are needed. Maybe damage overall is too low, as at one point it took me a dozen or so hits to take out one ordinary mutant

On top of this, several items in the game don’t work. There is no way to use grenades, batteries can’t recharge the spark beam, and sodas can’t be drunk. Of course, these problems are obviously just a sign of the game being unfinished. 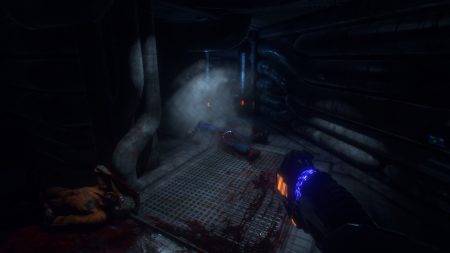 Although there are problems with the demo, it wasn’t released as a full game. Night Dive Studios intended for it to be a proof of concept, and the concept has been proven. The game looks beautiful, the atmosphere is perfect, and the gameplay is solid and ready to be built on. I feel confident enough in the game to back it, and I have done so.

The true beauty of this demo, however, is not the graphics, gameplay or atmosphere. It’s the faith that Night Dive has in this game. So many crowdfunding games have lived on promises that turned out to be empty, with Mighty No. 9 being a good example. Night Dive didn’t lie about the nature of their game, they were up front about what it will be and where it is, through the use of this demo.

Hats off Night Dive, and Godspeed.