Home / News / Next Skylanders lets you build your own heroes

Next Skylanders lets you build your own heroes

Somehow we missed that there was a new Skylanders game announced last week, and for the series, Skylanders Imaginators is a pretty big leap forward. 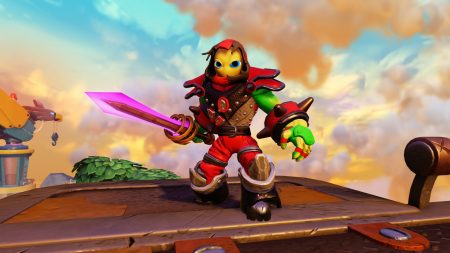 “Since we launched the very first Skylanders game, we have received countless letters and drawings from kids all over the world sharing their vision for their own Skylanders. No matter how in touch with our ‘inner kids’ we might think we are as adults, nothing comes close to the endless creativity that springs from the mind of an inspired kid,” said Eric Hirshberg, CEO of Activision Publishing, Inc. “We’ve turned this year’s game into the ultimate blank canvas for kids’ imaginations so they can create and play their own Skylanders.”

Yep, you can make your own characters this time around. Remember though that toys-to-life is Skylanders main claim to fame (aside from some excellent platforming gameplay), so it’d be only natural for there to be some kind of toy integration here as well. And while you can’t exactly make your in-game creations come to life, you can export them for play on your buddy’s console with a new mechanic.

The newest series of Skylanders toys will be split into to different elements, the first being Creation Crystals, and the second being Skylanders Senseis. Both series’ are intertwined, and together form a pretty new gameplay experience for the franchise. 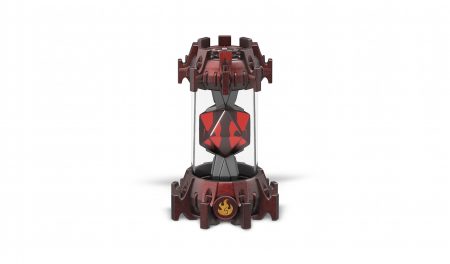 Easiest to explain are the Crystals. Basically, you build your Imaginator on-screen, in the game, and then they’re saved on the Creation Crystals. These then kind of work like the Traps from a few years back, with characters saved to them being playable on any version of the game. Apparently, there are a lot of possibilities for creation too.

Activision and Toys for Bob promise that you’ll be able to alter your character’s “appearance, powers, abilities, names, catchphrases, musical themes and much more”. Want to put a number on how many different variations you can craft? How about a googol’s worth (that’s a ‘1’ with a hundred zeroes). As for the Senseis, they’re a lil’ different.

Broken up into a total of 10 character classes (like Knight, Sorcerer, Bowslinger, Brawler, etc…), the Sensei series will expand to a total of 31 new figures. They’re there to help ‘train’ new Imaginators by unlocking weapons, opening up new areas of the game, granting secret techniques, and unleashing Sky-Chi – “the ultimate Battle Class super move”.

While there’s a good deal of ‘new’ here, the story should be familiar to any Skylanders fan, yes Kaos is back again. And apparently, get this, he’s trying to take over Skylands (he and Bowser should really team-up at some point)!! Yes, that’s the plot of every Skylanders game, but come on, it really wouldn’t be a Skylanders game without him now would it? 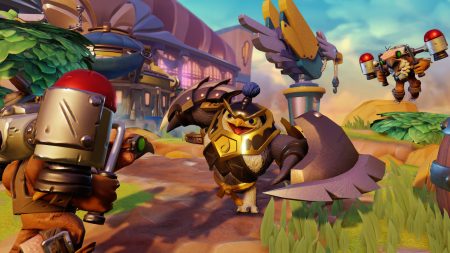 As of now it’s unclear exactly what those super-moves I mentioned will entail, or how exactly they will affect gameplay, or even what role the Senseis will play for that matter (will they be the main player characters with the Imaginators backing them up, or the other way around?). Even so though, what’s been revealed all sounds pretty neat to me. I’ve been playing Skylanders since Giants, and even though Superchargers wasn’t perfect, I’ve thoroughly enjoyed all of them, and i’m already looking forward to this one.

“Skylanders consistently delivers on innovative gameplay experiences. With customization a dominant trend in the consumer market, the fact that Skylanders Imaginators will allow kids to bring their own creations to life is a game changer and one our customers will enjoy,” said Richard Barry, Global Chief Merchandising Officer, Toys”R”Us, Inc. “We are proud to continue to serve as a marquee Skylanders destination, and look forward to fans’ excitement when the new Skylanders Imaginators game arrives this holiday season.”

Included in the Starter Packs for Skylanders Imaginators (which is available right now for pre-order), you’ll get the new Portal, 2 new characters, one Crystal, and a copy of the game. Expect it for the Wii U, Xbox One, PS4, Xbxo 360, and PS3. No mention of a 3DS version, which is odd for the series.

Jason's been knee deep in videogames since he was but a lad. Cutting his teeth on the pixely glory that was the Atari 2600, he's been hack'n'slashing and shoot'em'uping ever since. Mainly an FPS and action guy, Jason enjoys the occasional well crafted title from every genre.
@jason_tas
Previous First details for Deep Silver’s Agents of MAYHEM emerge
Next Valiant unveils 50-artist cover for X-O Manowar #50