Home / News / God of Norse? Is Kratos’ next spree taking him to Valhalla?

God of Norse? Is Kratos’ next spree taking him to Valhalla?

So take this with a grain of salt, but it looks like God of War 4 might finally be coming, and it might be ditching the Greek pantheon for a Norse one. 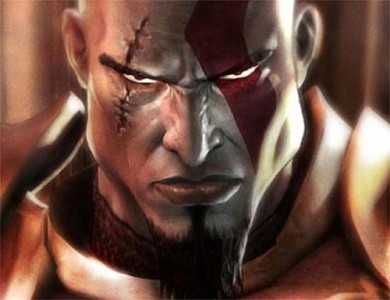 In all fairness, you’d kind of have to forget about the Hellenic gods and goddesses if you want to have another God of War. After all, didn’t series star Kratos basically murder them all already? …horribly?

The answer to that is, of course, a big, fat yes. So with that in mind, it looks like Sony is bringing the unlikable -uh, I mean- unstoppable murder-machine to the great frozen north.

Website Gematsu is saying that a concept artist’s portfolio was leaked out via Imgur, and then subsequently made its way onto NeoGaf. Apparently the images have vanished at this point, though we do know that a rough-looking, more heavily-clothed Kratos was shown (see a pic at the link below), and there was also an alleged reference to Alfheimr in there. That’s the Land of the Fairies according to gaming-site MCV.

So take it all for what you’d like, but to me it sounds like we’ve got confirmation on not only that God of War 4  is coming, but also where the game will be set. I just hope that Kratos will have some godly allies this time around, as there are some fairly straightforwardly heroic members of the Norse gods- especially ones forged in modern pop culture. I can’t imagine that too many gamers would enjoy severing Thor’s noggin after all.

I’m also hoping that there’s some kind of compelling narrative in GOW4. The original game had the solid basis of an epic, but I always thought that all the following ones (except for the PSP ones) lost that vision, simply making Kratos into a blank slate ‘angry man’ whose motivations were killing, killing, sex, and killing.

We’ll see as there’s plenty more to come on this one, and we’ll have it for you as it is announced.

Jason's been knee deep in videogames since he was but a lad. Cutting his teeth on the pixely glory that was the Atari 2600, he's been hack'n'slashing and shoot'em'uping ever since. Mainly an FPS and action guy, Jason enjoys the occasional well crafted title from every genre.
@jason_tas
Previous Devil’s Due details Emerald City plans
Next Nintendo Download 4/7