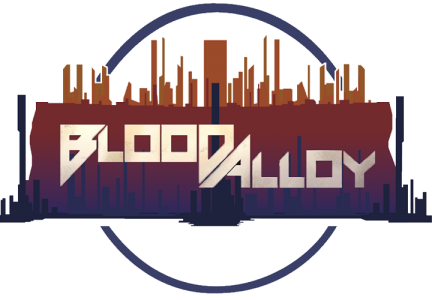 Originally, Blood Alloy: Reborn began as a Kickstarter. The goal was to create a Metroidvania (a combination of Metroid and Castlevania) called Blood Alloy. The description boasted to have an enormous world with a ton of stuff to explore and kill. What we are left with is a combat demo that has been thoroughly improved compared to the demo that was used to promote the Kickstarter. The developer, Suppressive Fire Games, states on the website that they hope to use Blood Alloy: Reborn’s sales as a way to finish the original game.

Steam’s Greenlight has a horrible reputation when it comes to quality control. There are many games added every day, each giving you the opportunity to get access sooner by contributing to their development. There may be some less-than-scrupulous people preying on your money, it can be a good incentive to keep the game in development.

This is my first problem with Blood Ally: Reborn. From everything I’ve read, it is very obvious that the intended plan wasn’t to create a hack ‘n’ slash game. They have improved the aesthetics tremendously. The basis is there to make a really beautiful game: the pixel style is stunning and the music is top notch, but what you see is the bare bones of an unfinished game.

It doesn’t make any sense for me that they squandered away an opportunity to start the game off as Early Access. There would’ve been plenty of moments to change the direction of the game into a hack ‘n’ slash.

As soon as you start up the game, you run into an annoyance: you can’t click on anything. Instead, you have to use the Enter key to get into the options. If you happen to use a controller, there will be no problems at all. The menu also looks very unfinished when compared to the graphics of the game, which gives you the feeling you are playing a demo.

The game has a progression system based on levels: you earn experience by killing enemies. You have different kinds of stuff to unlock, from the equipment you use to the three levels that are available. The variation of weapons and armor lets you play in various styles. Each level looks different, but has no variation in enemies or story, the only noticeable change is audiovisual.

On to the meat of the game: the combat. I had fun with what little the game offers. The AI isn’t particularly clever, but with a hack ‘n’ slash you don’t necessarily need that. You can make all kinds of crazy moves with the use of your jet pack. When you start combining it with aerial sword and gun attacks, very soon you will be whizzing from left to right leaving a trial of robotic intestines.

It doesn’t play like a title that should be played for long periods of time, which is why the level system makes very little sense to me. After I played for two hours, I only had less than half of what the game offers in equipment and didn’t get to level three. I don’t see many playing this game for hours on end, so it will take a few days of playing in short bursts for you to be able to try everything.

Thankfully, a bug exists where you can play with any unlockable without having the needed level. You simply go to the piece of equipment you want and press ESC, it will select it and you will be playing with it when you start a level.

Judging this game on its own is impossible when you have seen what the game could’ve been. What started as an incredible concept for a Metroidvania has turned into a lackluster hack ‘n’ slash. While the gameplay itself isn’t awful, it isn’t a game that was ready for release. There are bugs and features that weren’t fixed before release, but the price tag and description all suggests a game that is fully finished.

Even when you try hard to focus on the gameplay that is there, you’ll get disinterested quickly. There just isn’t a lot to do. In the description on Steam, you can read that there are sixty different equipment sets, but there are only six kinds of weapons. The boss is declared as a challenging über boss , but only because the rest of the game is easy.

There just isn’t an awful lot to judge the game on.

If you want to support the development of this game, you would do yourself a bigger favour by buying the soundtrack.

I am 24 year old whose love for gaming started with my dad showing me games like Wolfstein 3D and Aladdin. As I grew older, so did my interest in games. I would religiously read Dutch game magazines to keep up to date. Initially. What was supposed to stay as something to pass time has grown to having a love for all things gaming related.
@RickRozenberg
Previous The Walking Dead Recap 613 “The Same Boat”
Next A New Oddworld is on the Horizon