Oh my was there some awesome stuff at the Tamashii Nations booth, including some of the coolest Teenage Mutant Ninja Turtles figures anywhere. 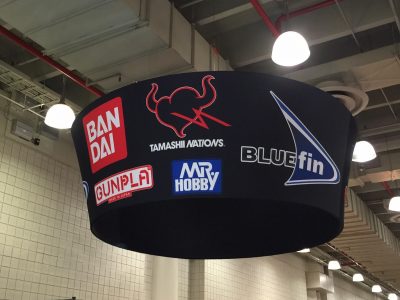 Well, if you like the classic TMNT cartoon, then you’re going to love these figures. A part of the S.H.Figuarts line of ‘toys’, these pieces of art are basically direct translations of the cartoon characters that graced your TV screens in the 80s/90s into the three-dimensional world.

Also worth noting, especially if you’re not familiar with the line, is that these are super-posable too, with tons of articulation. Simply put, they’re glorious. But they were far from the only cool stuff at the booth. 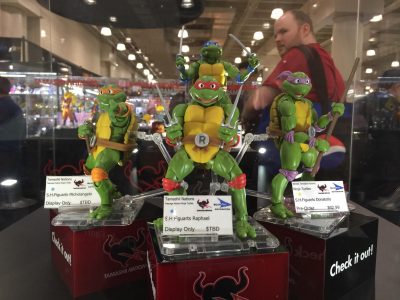 I was knocked out by some of the coolest fighting game figures I’ve ever seen. Both classic Mortal Kombat and Street Fighter V have apparently been picked up by Tamashii and Bluefin and they look like they carry on a lot of what makes S.H.Figuarts so great.

M.Bison and Ryu were shown off from the just-released SFV. Both figures look to sport fantastic articulation and extra parts, like swappable heads, as well as top notch sculpting that reflects their looks in the game flawlessly.

The MK figures look about the same in quality and scale. Will they be ‘comparable’ lines? That’d be great, even though the overall look is different, though we don’t know at this point. What I do know though, is that that Goro is freaking awesome and I must have it.

There was plenty more too though, including Mega Man, Iron Man, Transformers and Back to the Future stuff. Check out the gallery below for the highlights (as I saw them).

Jason's been knee deep in videogames since he was but a lad. Cutting his teeth on the pixely glory that was the Atari 2600, he's been hack'n'slashing and shoot'em'uping ever since. Mainly an FPS and action guy, Jason enjoys the occasional well crafted title from every genre.
@jason_tas
Previous Toy Fair 2016: Mattel grabs the Halo license
Next Toy Fair 2016: Good Smile focuses on classic gaming