Debuting in digital format for the first time, Heavy Metal magazine has finally been added to comiXology. 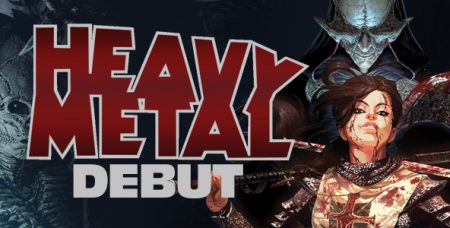 Is there a comics magazine more famed than Heavy Metal? I doubt it. The book has been massively influential in both storytelling and getting creator’s work into print since 1977. Now that it’s hit comiXology (and the Amazon Kindle Store), it’s going to be introduced to a whole new audience.

“We’re excited to finally bring longtime Heavy Metal fans a first class digital reading experience, and equally excited to introduce this classic anthology to a whole new generation of readers thanks to comiXology and Amazon,” said Heavy Metal co-CEO Jeff Krelitz. “Blowing the minds of first-time Heavy Metal readers is something that never gets old!”

“At comiXology, we’re thrilled to carry such an established publisher as Heavy Metal and we’re sure that sci-fi, fantasy, and horror comics fans everywhere feel the same,” said comiXology CEO and co-founder, David Steinberger. “Heavy Metal brings an edge to comics that we’re happy to have join us on comiXology and Kindle.”

Here’s what’s first on tap, and available right now, for the new digital Heavy Metal push. These aren’t just issues gone-by either, as you’ll find a pair of debuts for your reading pleasure too:

Jason's been knee deep in videogames since he was but a lad. Cutting his teeth on the pixely glory that was the Atari 2600, he's been hack'n'slashing and shoot'em'uping ever since. Mainly an FPS and action guy, Jason enjoys the occasional well crafted title from every genre.
@jason_tas
Previous Ghostbusters website gets revamped, focuses on new film
Next IDW Kickstarts new TMNT board game