Now That’s What I Call Sing tries to go back to a time when karaoke games ruled supreme, or at least were considered a fun way to pass the time with your console, and attempts to revitalize the genre with a fresh new outing. Does it have what it takes to make it to the finals and win the competition? Or will it be booed off the stage during its first week? Let’s take a look.

You’ll of course need to have at least a bit of love for karaoke games to enjoy this one, so if you’re not in the mood to be pulling off high notes and dancing along, don’t even bother picking this one up. The title is definitely aimed at early to late teenagers who love pop music, which is evident by looking at the set-list and loading the disc up for the first time. Artist include the likes of Meghan Trainor, Sam Smith, Avicii, James Blunt and George Ezra, among others. 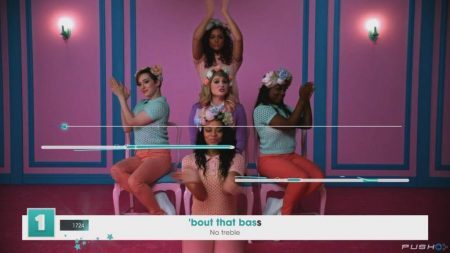 The limited set-list definitely works against the title, though, since its 30 tracks are all pop-based songs and modern-day affairs. You’ll find no classics here, or even something from the 90s, for that matter. In fact, the oldest track included is from 2004, so that’s saying something. This limitation is, at the very least, disappointing, given the massive backlog that “Now That’s What I Call Music” has sported throughout the years. Add to this the confirmed lack of DLC and you got yourself one short game.

There are, however, a wide variety of available game modes, which gives the tracks some extra ground to tread as you’ll be encouraged to play and better your score in each of them. Some are unlocked through stars earned by playing (no micro-transactions, thank God) and some are even locked until you find a buddy to play with, which isn’t half-bad.

You’ve got the basic “Classic” mode, where you sing solo or against 1, 2 or 3 friends (most USB microphones will do the trick, although the retail version of the game does come packed with one) to try and get the best score. There’s also a great “Elimination” mode, where each player starts out with a bar of energy that depletes with every wrong note, meaning the last man standing wins. On “Expert” mode, there are no on-screen lyrics or visual cues whatsoever, which makes for some truly amusing moments with friends and truly showcases just how fun the game can be. 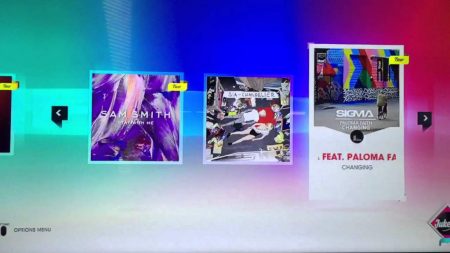 Gameplay is mostly as one would expect: music videos play on the screen and lyrics appear and light up as you’re supposed to sing them. There is, however, an interesting addition in the form of Golden Notes, which are special high notes that are hard to hit and reward you with extra points should you manage to do so. You can just listen to the songs without worrying about singing, too, if that’s what you want, with the included Jukebox mode.

All successful party games know they must lay out their interface in an easy-to-use way to avoid complex setups and allow the player to jump right into the action, and Now That’s What I Call Sing is no exception. It sports a slick and easy to use UI that resembles an iPod’s visual design where you simply scroll to your desired track, select the game mode and sing away!

However, there are some minor hiccups and questionable design choices when it comes to the UI present during a song. The “track progress” bar is slapped right in the middle of the screen, covering the music video and becoming really annoying. If the developers wanted to include it, they should have just placed it in the bottom or at the top, not in the most maddening spot they could find. The pitching-tracking in the game, which calculates how well you’re singing along, works well enough when you’re nailing the notes, but it doesn’t indicate just how far off pitch you were when you fail to hit them correctly, thus preventing you from knowing what adjustments you need to make in order to step up your game. Rock Band, for example, has a constant arrow to show you just where you went wrong, which allows for a much smoother experience overall. 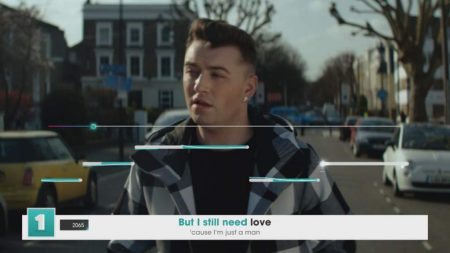 Overall, Now That’s What I Call Sing is a good attempt to bring back the karaoke genre. It’s well built and provides a good deal of laughs when played with friends, but its lack of content and innovation, added to its limited set-list and questionable design choices prevent it from reaching greatness. You’ll find a lot of enjoyment out of it if you’re part of the target demographic or if you’re playing in short bursts, but it won’t dominate the living room when compared to other, more heavy-hitting party games that are simply more fun to play.

I’m a passionate gamer and writer (and BG's US PlayStation Editor) who enjoys action-adventure games and first person shooters and who thinks Naughty Dog can do no wrong!
Previous DC Direct launches Holiday Gift Guide, loaded up with statues, figures, and even plush
Next Leeo Smart Alert Nightlight (Hardware) Review