The first wave hasn’t even hit yet, but Diamond Select Toys has announced another wave of animated-themed Marvel Minimates is on the way to Walgreens stores. 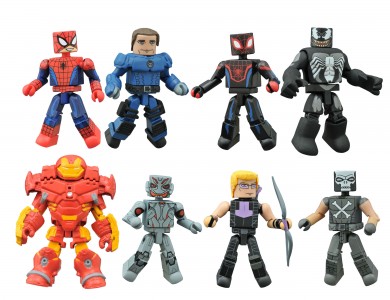 Officially series 1.5 of the new line, this second series of animated Marvel Minimates includes a nice assortment of characters. Kind of a better one than the first, which is hitting this month, in some ways. Here’s how the two-packs break down:

That’s a solid cross-section of characters from Marvel’s slate of animated programs right there. As usual, each Minimate sports 14 points of articulation, which is a ton for a figure of this scale, and each set includes a appropriate accessories. Each figure is accompanied by a stand too, so they’ll stand up nicely on your shelves.

Look for ’em in December, and only at Walgreens stores.

Jason's been knee deep in videogames since he was but a lad. Cutting his teeth on the pixely glory that was the Atari 2600, he's been hack'n'slashing and shoot'em'uping ever since. Mainly an FPS and action guy, Jason enjoys the occasional well crafted title from every genre.
@jason_tas
Previous Totally Awesome Hulk identity revealed, and it’s definitely not Banner
Next NYCC 2015: Mezco announces slate of exclusives and pre-order plan 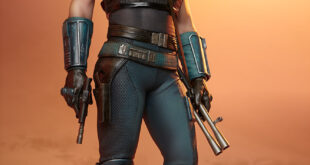