Bandai Namco has updated the popular iOS app version of the classic game as part of the 35th anniversary of Pac-Man. 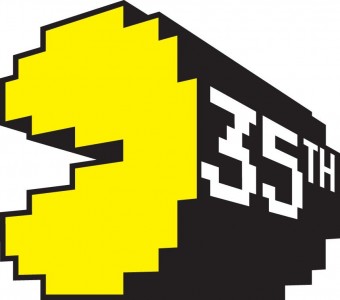 “From arcades and consoles to digital and mobile, PAC-MAN has remained a fixture in our gaming lives. The endless appeal of the series’ simple but masterful design after all this time is nothing short of remarkable,” said Jeferson Valadares, General Manager and Vice President of Product Development at BANDAI NAMCO Entertainment America Inc. “But more than anything else, this is an anniversary for the fans. If you treasure any fond PAC-MAN memories of your own from the past 35 years, we hope you share them with someone special today and make some new ones together.”

“We are excited to bring a new, refreshing look to PAC-MAN for PAC-MAN’s 35th birthday celebration,” said Ben Acevedo, Producer of PAC-MAN mobile products. “This is an almost totally new PAC-MAN. Everything has been redesigned to enhance the player’s experience. We have brought a pixel-to-pixel recreation of the classic game with the same difficulty, and we have also introduced new mazes and challenges. We are planning to continue to bring new elements to PAC-MAN and evolve the franchise!”

A fixture he is, as Pac-Man has been easily one of the longest-lived characters in gaming, with tons of releases and re-releases of his games, toys, collectibles, and cartoons to his ghost-munching name. Aside from the iPad, iPhone, and iPod Touch update, which will have a new UI and more, the Pac-Attack will be the recipient of a very special birthday shindig.

Held Namco’s own Level 257 restaurant on May the 22nd, the Schaumburg, Ill based party will welcome in various industry illuminati. Among them, will be Professor Toru Iwatani, who you might know from those trailers for the upcoming movie Pixels. Iwatani created Pac-Man way back in the industry’s infancy on May 22nd, 1980, so he’s kind of a big deal.

But if you can’t make it to that though, and unless you’re on the guest list… you can’t,  you can still enjoy that App. Pac-Man is available in a free ‘lite’ version, and the paid edition which will cost you $6.99 USD on the App Store. Personally, it’s one of those games that never leaves my iPhone, so I’d say it’s worth a look even if you aren’t old enough to remember the original in the arcades.

Jason's been knee deep in videogames since he was but a lad. Cutting his teeth on the pixely glory that was the Atari 2600, he's been hack'n'slashing and shoot'em'uping ever since. Mainly an FPS and action guy, Jason enjoys the occasional well crafted title from every genre.
@jason_tas
Previous Mezco debuts awesome One:12 Dark Knight diorama/2pk for SDCC
Next The Flash will help keep that desk in order with new paperweight from Icon Heroes